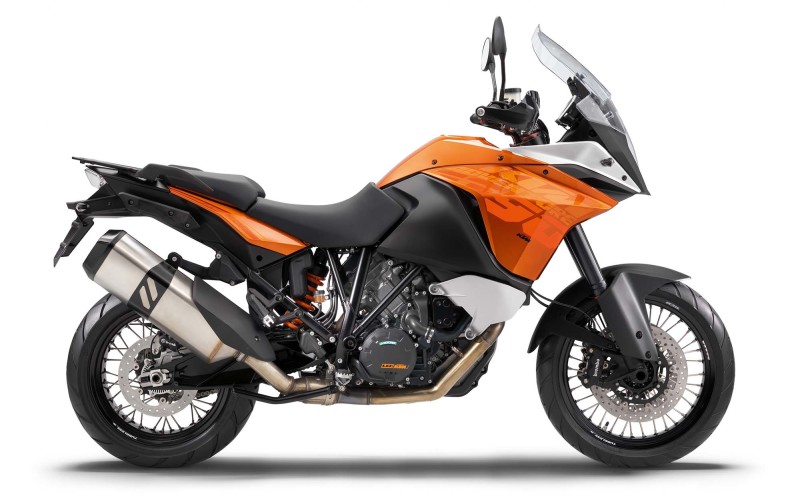 The Austrian bike maker KTM in a partnership with Bajaj Auto has introduced several adventure motorcycles. Some of the popular one’s from the KTM is Duke 200 and Duke 390.

The company is now all set to popularise the upcoming adventure-tourer category in mid-size motorcycle segment. By further adding adventure bikes to its portfolio the company effectively wants to take on Royal Enfield’s recently launched, single-cylinder, 411cc Himalayan.

Several trusted sources have confirmed the development of an all-new motorcycle platform, which is an adventure touring model under the Bajaj Auto – KTM alliance. One of our media friends, AutoCar Professional has learnt that the Bajaj-KTM alliance has developed the adventure model which is based on 2 engine options, which could be the single-cylinder, 375cc and the single-cylinder, 200cc engines that already power other KTM motorcycles on sale in India and other export markets.

One of the source has revealed,

Bajaj Auto has developed a new, adventure bike platform under the KTM umbrella. The new model could come with two engine options. These are the ones that it manufactures locally at Chakan

There are also several reports which reveals that the KTM had started working on its adventure-touring project in entry level, small engine segments in the year 2011.

Stefan Pierer who is the CEO and chairman of the executive board of KTM AG, had once hinted at the development of a model for ‘tour-purpose’ for India.

The 390 (390 Duke) is coming, fully-faired versions (RC 200 and RC 390) and the so-called tour-purpose model are also coming. We will have the full model range that can settle in the Asian markets. We will focus more on the higher end, keeping the prime content of KTM very sharp, its ready-to-race attributes, its best performing engine, unique design different from others

In order to unsettle Royal Enfield, you need to have a very strong product with a very good pricing. People buy Royal Enfield bikes because it could be used for pleasure riding as well as daily commutes. Any upcoming product(s) has to be better than what is already there in the market. Therefore, bringing the right product to the market would be the key. The company should be able to put a good fight in the market in 2016-17 against potential rivals

Royal Enfield by partnering with  Bajaj Auto are expected to jointly create a new value addition in the motorcycle industry by bringing the all new adventure-touring category which is capable of long-distance riding. The entry-level engines such as 250cc to 500cc of displacement within the mid-size category (250cc to 800cc) powering the enduro (adventure-touring) platform could emerge as a popular option due to its multi-utility applications of long distance and city riding while delivering decent fuel economy.