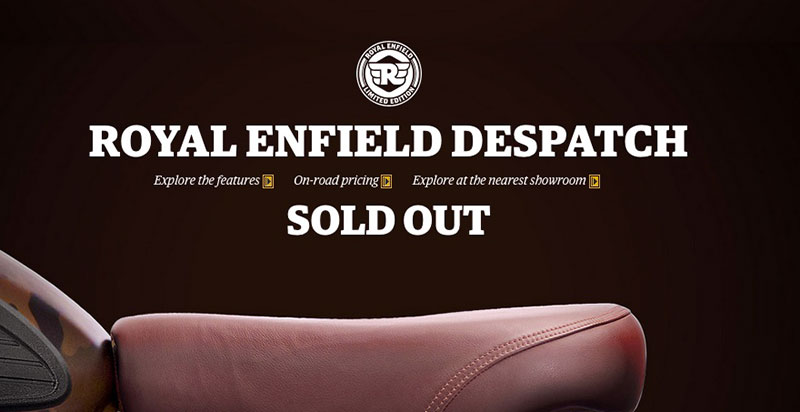 The Royal Enfield Despatch Page now prominently displays the message that the motorcycles are sold out. Royal Enfield Twitter handle announced the same too.

Here is the Engine specifications of Royal Enfield Despatch:

The limited edition RE bikes were available in 2 different colors: