by Chethan Thimmappa
in Mahindra
0

India’s leading SUV manufacturer, today announced its auto sales performance for August 2016 which stood at 40,591 vehicles compared to 35,634 vehicles during August 2015, a growth of 14%.

The improved spread of monsoon as well as new product launches have helped the auto industry perform positively. Coupled with this, the uncertainty surrounding diesel vehicles has been lifted by the Honourable Supreme Court giving the customer the choice to buy his preferred vehicle which will help improve sentiments going forward. At Mahindra we are happy to have garnered an overall growth of 14% and a growth of 29% in UVs during the last month and we hope that the ensuing festive season will give us a further boost

Renault records highest ever monthly sales of 12,972 units in August 2016 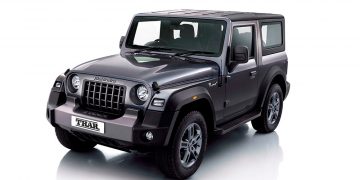