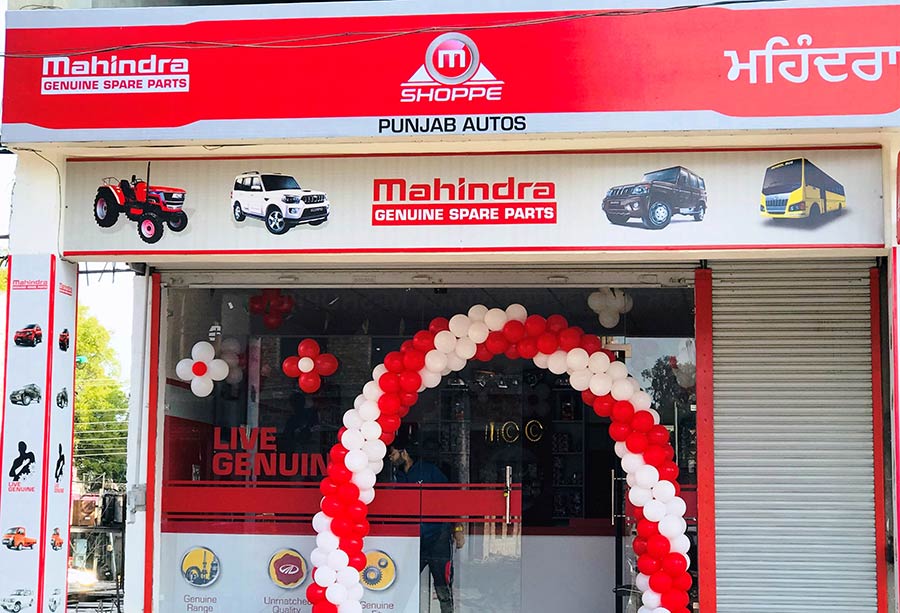 Mahindra & Mahindra Ltd., a part of the US $19 billion Mahindra Group, today crossed the milestone of 100 retail outlets for mSHOPPE, an exclusive retail outlet that stocks and sells Mahindra Genuine Spare Parts.

Started as a customer centric initiative in 2014, mSHOPPE offers customers various facilities like real time price updates, information on part features and benefits, new part line introductions, etc.. They are also made aware of the security features inbuilt in the packaging and stickers. Recently, the company inaugurated 5 mSHOPPE outlets on a single day, taking the number of mSHOPPE outlets to 102. Today, mSHOPPE outlets are spread across the country, from Leh in J&K to Tuticorin in Tamil Nadu and Godhra in Gujarat to Tura in Meghalaya.

For automakers, the biggest concern is that counterfeit parts make vehicles unsafe. Today, spurious parts reportedly make up a third of the total supplies in the market which only puts into context the magnitude of the problem. Having said that, customer awareness and ready availability of genuine spare parts is the key to curb the sale of these counterfeit products. At Mahindra we recognise this growing menace and have hence, set up these mSHOPPEs, across the country, which are first of their kind retail outlets for genuine Mahindra spare parts. Going forward, we will set up many such outlets, making genuine parts easily available and adding to the convenience of our customers.

The company conducts regular counterfeit checks and has also launched mechanic and retailer meets and various outreach programs through its spare parts distributors, aimed at educating influencers and end consumers on the various initiatives taken by the company to control the sale of counterfeit parts. In recent times, the company has successfully conducted 79 raids across the country and intends to expand such actions to newer territories in the current financial year.