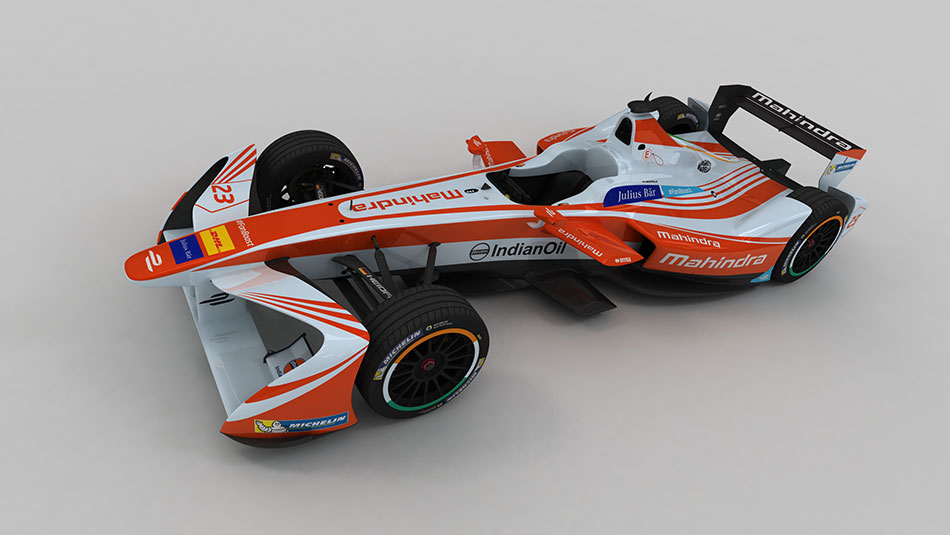 The Mahindra Racing Formula E Team has revealed its new livery for the M3Electro which was designed by the winner of the team’s unique online competition #DrivenByDesign.

Adrià Haro Jorba’s entry was chosen ahead of 280 other designs that were received during the 10-day competition, from a total of 40 different countries. Many fans chose to submit more than one entry to showcase their ideas for Mahindra Racing’s FIA Formula E Championship challenger.

By country, India submitted the most entries into the competition, followed by the United Kingdom, Italy and Spain.

The top 14 entries were judged by leading Italian design house Pininfarina, which is also part of the Mahindra Group, with the winner chosen by Chief Designer Fabio Filippini. Honorable mentions go to Irfendy Mohamad from Malaysia and Ruben Correa Alves from the Netherlands for their designs. 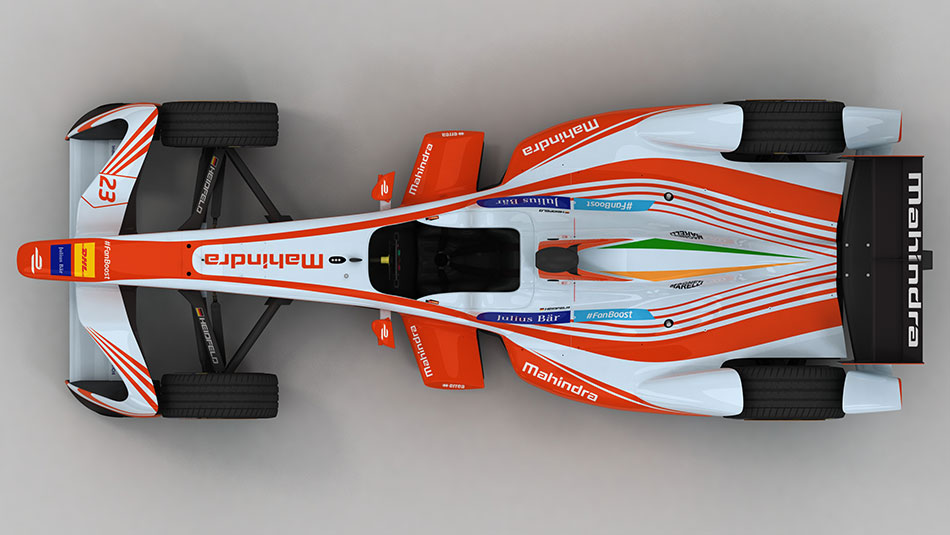 Haro Jorba will receive a once-in-a-lifetime trip to spend the day at Pininfarina’s headquarters in Turin, Italy, with Filippini and the firm’s design team.

All three of the top entries propose, through the graphic combination of colours and shapes, a good dynamic interpretation of the challenging spirit of Formula E. The winning livery in particular expresses a strong sense of speed and aerodynamic flow, by visualising and enhancing airflow around the car body and the aerodynamic components. It also achieves a very clean and simple use of the iconic Mahindra colours and a subtle integration of the Indian national flag.

It is a really exciting moment for us to reveal our M3Electro for season three of Formula E, adorned with the magnificent winning livery from our #DrivenByDesign competition. We would like to thank all the Mahindra Racing fans for their overwhelming participation in this exciting contest. Adrià’s design is a perfect mix of Mahindra’s energetic red with the subtle inclusion of the Indian flag colours and I look forward to seeing it on track. 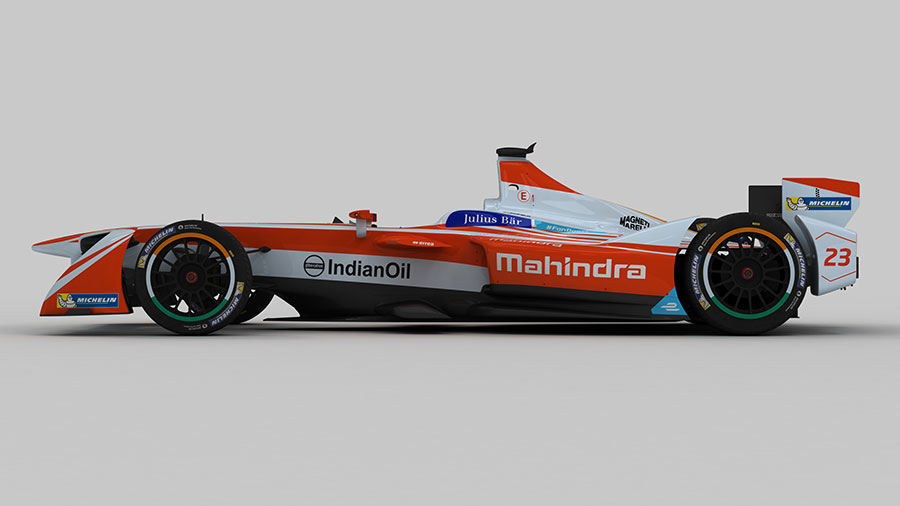 This is not the first time that Mahindra Racing has enthusiastically involved its growing fan base in its Formula E activities. In February, the team called upon fans to submit track design suggestions for a potential Formula E race in New Delhi. Fans responded in large numbers from all over the world and the shortlisted designs were presented to the State Government of New Delhi for consideration to host an India ePrix event. Mahindra Racing also collaborated with Pininfarina earlier this year to envisage what the future of Formula E might look like with a number of daring concept car designs.

The new livery will take to the track in the first of two official Formula E pre-season tests at Donington Park, UK, ahead of the season opener in Hong Kong. The first test takes place from 23-25 August and the second, ten days later, from 5-7 September. Mahindra Racing drivers Felix Rosenqvist and Nick Heidfeld will share driving duties in the team’s four cars.

Want to add to this story? Let us know by commenting below.