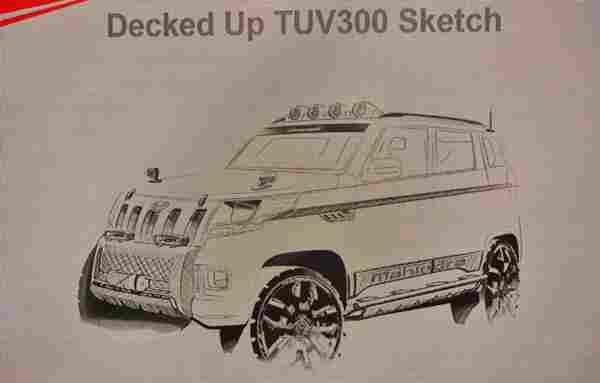 Indian automobile giant, Mahindra has officially revealed the initial details of upcoming compact SUV, which was internally codenamed as U301. The SUV is going to be badged as TUV300 (which has to be pronounced something like three, double-O) would be launched in mid-September in 2015.

Mahindra TUV300 is be built on all-new platform and would measure less than 4 metres in length. Sketches of Mahindra TUV300 points to an SUV with an upright stance, minimal front and rear overhangs and a tailgate-mounted spare wheel.

The whole concept behind the design of TUV300 was to impart an image of ‘toughness’ and as a result Mahindra designers are said to have taken inspiration from battle tanks – something that can be seen in the TUV’s rather angular form.

When you look at the design closely, there is a hint of Mahindra Bolero at the front but Mahindra executives clarified that the Mahindra TUV is not a replacement for Mahindra Bolero. Rather, Mahindra TUV300 would be an addition to Mahindra’s line-up of SUVs and shall be pitched as a compact SUV for customers who are based in city.

Mahindra has also announced that the car would come up with new engine. The new mHawk engine is named as mHawk80. The engine capacity is 1500cc which helps the TUV300 to qualify as a small car and correspondingly has a lower rate of excise duty. Mahindra would launch the TUV300 in two-wheel drive form but the insiders from the company have said that a four-wheel drive version of the car is theoretically possible in the newly launched platform. 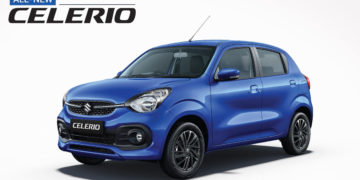