The Agreements were signed between HSIIDC and Maruti Suzuki India Limited (MSIL)/Suzuki Motorcycle India Private Limited. Maruti's new plants are to be set up in Kharkhoda on 800 acres and 100 acres of land respectively. 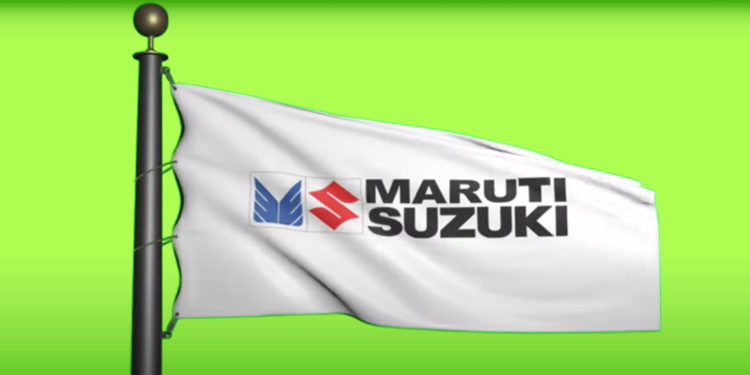 Haryana Chief Minister, Sh. Manohar Lal said that Haryana once known as an agrarian state has progressed in the industrial sector as well and today the State has become an investor-friendly destination across the globe.

On the completion of 40 years of Maruti Suzuki‘s journey, the Chief Minister said that Japan and India’s relations are 70 years old and he wishes that these relations should grow stronger and both Haryana and Japan would keep moving forward.

The Chief Minister said this while speaking at the Agreement Signing Programme held for the allotment of land for the plants of Maruti Suzuki India Limited (MSIL) and Suzuki Motorcycle India Private Limited to be set up at Industrial Model Township (IMT) at Kharkhoda in Sonipat.

The Agreements were signed between Haryana State Industrial and Infrastructure Development Corporation (HSIIDC) and Maruti Suzuki India Limited (MSIL)/Suzuki Motorcycle India Private Limited. Maruti’s new plants are to be set up in Kharkhoda on 800 acres and 100 acres of land respectively.

Terming this as a historic event, the Chief Minister said that today after 40 years history has repeated itself. He said that 40 years back an MoU was also signed which played a big role in changing the picture and destiny of Haryana’s development and today a new agreement was signed in which 900 acres of land was authorized through Haryana State Industrial and Infrastructure Development Corporation (HSIIDC). This land was handed over to Maruti Suzuki today, he added.

Sh. Manohar Lal said that in today’s programme Rs 2400 crore has been given to Haryana through HSIIDC. For the first time in the history of Haryana, such a big transaction has happened. This agreement will write a new script for development in Haryana, he added.

The Chief Minister said that with the establishment of the plant, 13,000 people would get employment opportunities. An amount of Rs. 2400 crore has been spent to purchase the land for the said plant and more than Rs. 20,000 crore are to be invested.

The Chief Minister said that Gurugram has developed because of Maruti. Also, the automobile industry flourished in Gurugram, many companies came here. Other industries also played an important role in the economic progress of Gurugram.

The Chief Minister while requesting, Chairman of Maruti Suzuki India Limited, Sh. R C Bhargava said that the Corporate Office of Maruti, which is still in Delhi, should also be shifted to Haryana. Haryana has given all kinds of facilities to the industry, he added.

Be it education, Health, or IT-related services, basic facilities are being provided by the State. We are moving ahead as an industrial hub. Whatever help is needed, whatever changes are needed in the Industrial Policy, Haryana is ready to do it. According to their demand and suggestion, we will move forward, said Sh. Manohar Lal.

The Chief Minister said that Kharkhoda is a newly developing area. It is 65 km away from the airport, 18 km from the railway station and National Highway and also has a link to KMP. The investment by big companies like Maruti in this area has given a positive boost to the industrial environment. In the coming days, this area will emerge as an industrial hub and the wheel of development of this region will move at a rapid pace.

He said that Hisar airport is also being developed by the government. Hisar is an old industrial town. Along with the traditional industry, new industries are being created like Bulk Drug Park in Hisar, Defense-related production, etc.