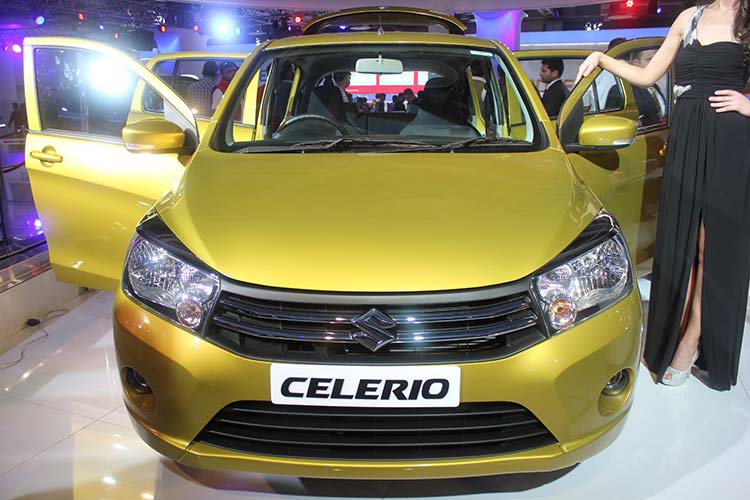 The diesel edition of Maruti Celerio is in the pipeline sometime. Before the launch of Maruti Celeio Diesel, there has been a leak about the specifications of the car. The new Maruti Suzuki Celerio Diesel shall be the most efficient car in India with the numbers from ARAI indicating a mileage of 27.62 Kms per litre. Sources have confirmed that the diesel edition of the Maruti Celerio would be launched in the first week of June.

Celerio, the home-grown car’s diesel engine would displace 793cc and shall churn out a maximum power of 47bhp at 3500 RPM and a peak torque of 12.7kgm at 2000rpm. The car would be available with a five-speed manual gearbox, but an AMT gearbox for Celerio would not be offered anytime soon.

The older reports from AutoCarIndia suggested that Maruti Celerio diesel’s DDiS125 badge indicates the torque output of this brand new diesel engine will be 12.7kgm which translates to 125 Newton metres of torque.

Considering the performance of Celerio’s rivals like Hyundai Grand i10 and the Chevy Beat, the torque output of latter cars are as high as 15.29 Kgm abd 16.31 Kgm. Performance wise, the low torque values doesn’t sound great for Maruti Celerio.

The best fact which stands out from the crowd, is amazing fuel efficiency of 27.62 Kmpl delivered by this car. The country which is obsessed with mileage factor have all reasons to smile when Maruti Celerio Diesel edition hits the store. If the Indian automaker provides an option of Automatic Manual Transmission with the existing diesel engine, this car could be called as most inexpensive diesel automatic car ever in India.