Ciaz SHVS participates in Government of India’s FAME program which is meant for promoting Hybrid and Electric vehicles in the country. Ciaz SHVS tops Celerio Diesel and DZire Diesel in terms of mileage figures.

Through Ciaz SHVS, we are deploying technology to benefit the customer and the environment, both at the same time. Brand Ciaz has been one the major success stories for Maruti Suzuki in the past one year. It has won nearly 60,000 customers in India and overseas and established itself as a leading brand in the premium sedan segment. Ciaz SHVS will further strengthen its position”. He emphasized “Ciaz SHVS is special also, because it helps us participate in India’s vision of promoting hybrid and electric vehicles. By offering support through the FAME program, the Government has ensured that hybrid technology, while being clean and customer friendly, also becomes more attractive and accessible 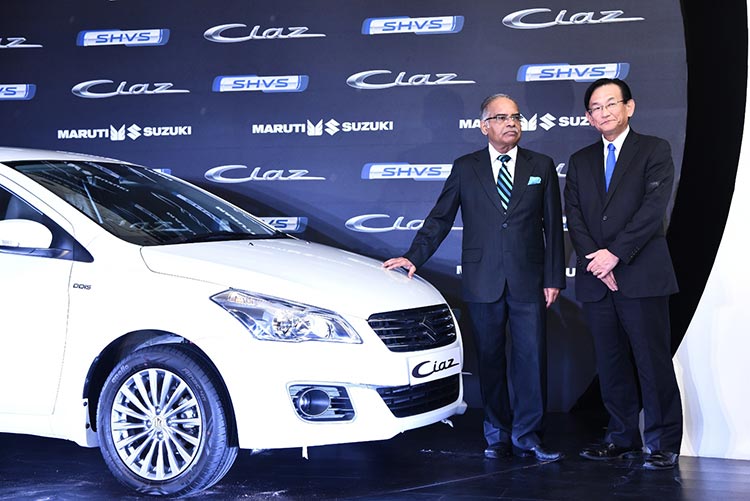 How does SHVS work?

SHVS (Smart Hybrid Vehicle from Suzuki) technology uses an Integrated Starter Generator (ISG) and an advance high capacity battery. This system supplements, making it more efficient than the conventional set up. The energy saved while decelerating/braking, which is otherwise lost, is stored in the advance high capacity battery and assists during acceleration (for eg, gradient climbing). This combination results into a peppy, powerful & fuel efficient vehicle.

In CIAZ SHVS, the acclaimed DDiS 200 Variable Geometry Turbocharger super combo is paired with the ISG for enhancing its performance & Fuel efficiency.

The idle engine start/stop function on CIAZ SHVS turns off the engine automatically when the car is idling. It restarts the car as soon as the clutch is pressed. To re-start the engine, the system uses the stored energy. Restart is by belt driven ISG thereby assuring quick and silent restart. 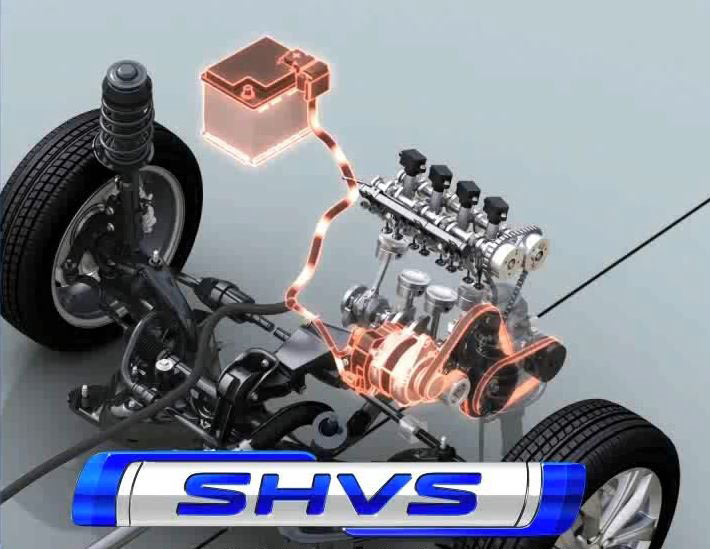 Recuperation of the kinetic energy makes the Ciaz a true Smart Hybrid Vehicle. The ISG converts the energy from braking/deceleration of the car and stores it in the battery. This stored energy is later used to drive the ISG, to assist the engine’s idle start-stop function and assists the engine during acceleration.

The gear shift indicator introduced in the Ciaz SHVS prompts the driver to effectively change the gears, resulting in enhanced fuel efficiency.

The all new CIAZ SHVS is high on the safety quotient too. Built on Suzuki’s Total Effective Control Technology (TECT) CIAZ SHVS offers immense body rigidity and stability. It offers fortress –like protection to the occupants. Extensive use of High Tensile Steel makes the body stronger and safer. Several active and passive safety features like Dual Airbags, Seatbelts with Pre-tensioners and Force Limiters, ABS with EBD, Rear Parking Sensors and camera, Fog Lamps and Rear Defogger add to the safety of the passengers. In addition, even at the level of the entry variant, an option equipped with dual air bags, ABS & seat belt pre-tensioners and force limiters is being made available. 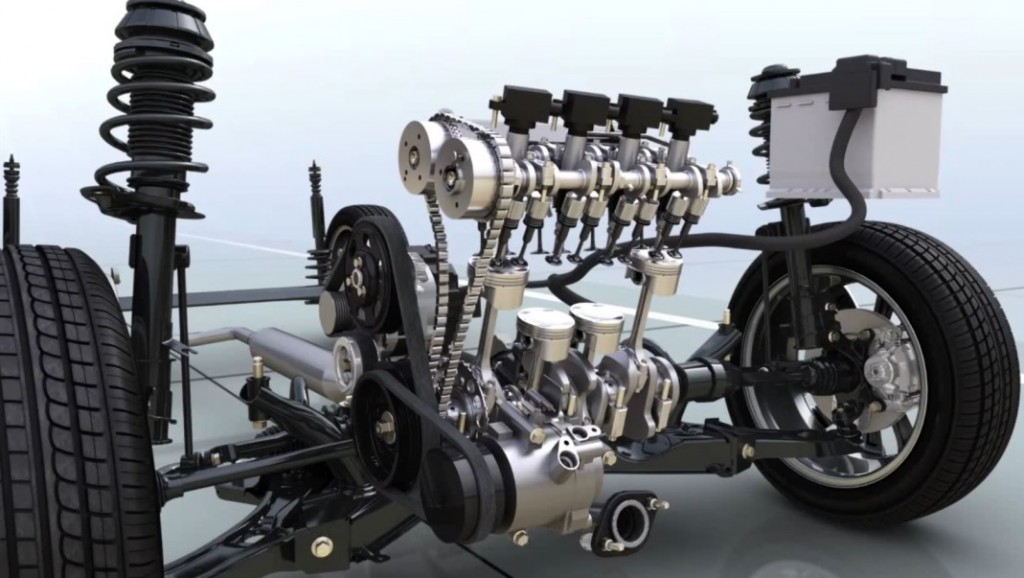 MSIL has pioneered the introduction of environment friendly programs ahead of government regulations and the industry. Some of these include upgrading products to End of Life Vehicle (ELV) norms of Europe, production of BS-IV and E-10 compliant engines, introduction of factory-fitted CNG vehicles with i-GPI technology. MSIL has also worked systematically towards reducing the C02 emissions of its vehicles. Over the last few years it was able to reduce the CO2 emissions by over 13% through various fuel efficiency improvements initiatives. Use of hybrid technology in Ciaz is another effort by the Company to contribute to a clean environment. 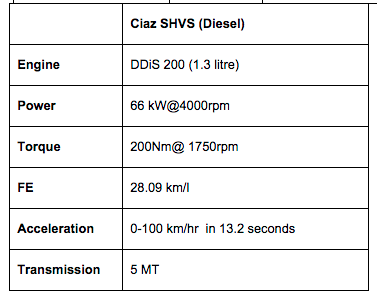 […] India’s largest car maker Maruti Suzuki would be launching the facelift version of its MPV ( Multi-purpose vehicle) Ertiga on October 15th. This time, the all new Ertiga from Maruti Suzuki is going to be offered in automatic transmission and Hybrid variant as well. Ertiga would be the second hybrid product under the FAME India scheme, of Maruti, after Maruti Ciaz Hybrid. […]