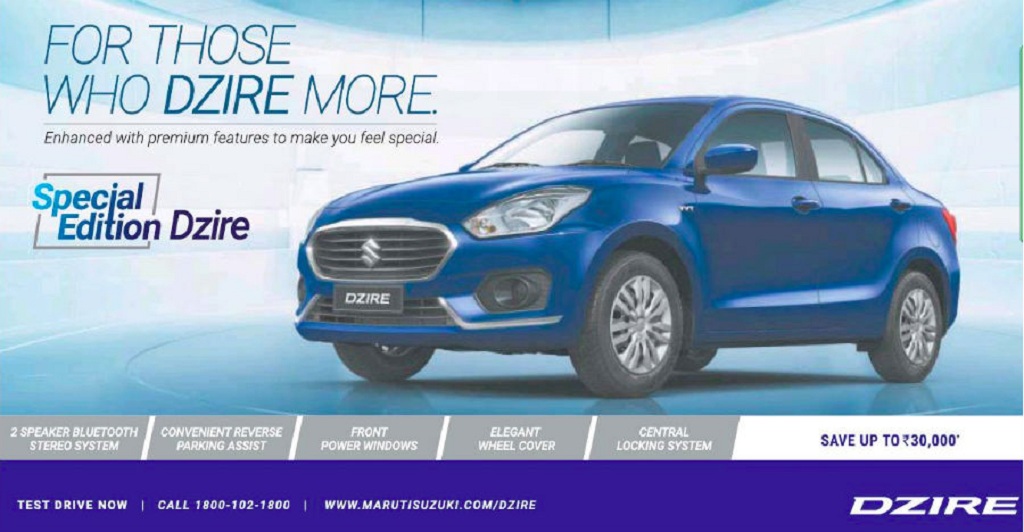 Maruti Suzuki DZire Special Edition comes loaded with several additional features in form of front power windows, wheel covers and rear parking sensors as standard. Furthermore, it also boasts of a Bluetooth-enabled music system with two speakers in the front doors and remote central locking. However there are no cosmatic updates .Currently, it is not known that how many units of DZire Special Edition would be made and retained in both the petrol and diesel fuel trims.