Maruti Ignis could be the name of upcoming compact SUV 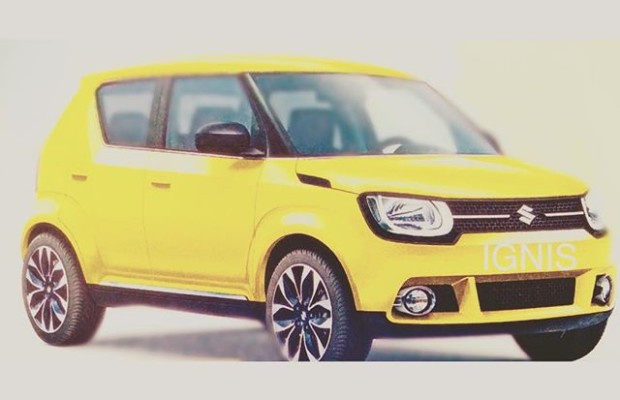 Maruti Ignis could be the name of upcoming compact SUV

There were various rumours that the car named IM-4 from Maruti Suzuki is in the making. As per the Suzuki Cars instagram fan page, the name for this car would be Maruti Ignis. The Suzuki Cars instagram page also shared the rendering of this new compact SUV car which was showcased at the Geneva Motor Show earlier this year. The much awaited Suzuki iM-4 would be manufactured in India and would be exported to other markets as well.

This upcoming compact SUV from Maruti is going to be powered by a 1.0-litre BoosterJet engine and another option of the car is also expected that comes with 1.2-litre K-Series DualJet engine. New compact SUV is going to be launched in India and the car would be out in the market only towards end of year 2017. Also, very recently, Suzuki Ignis’ trademark images were leaked and now there is a confirmation from Instagram page along with rendering.

Suzuki iM-4 would be likely manufactured in the company’s Manesar plant and this new car would be called as Ignis. Talking about the dimensions of the new car, the car measures exactly the same length as that of Maruti Celerio, and comes with higher ground clearance. Suzuki is also expected to announce several other new products in Europe in next few years, one is the Ignis and the other will be Boleno. Also, this premium hatchback would sit above the Swift in the Suzuki nomenclature.

You will get an idea how the car looks like, by checking the Maruti Ignis Photo / Renderings above.