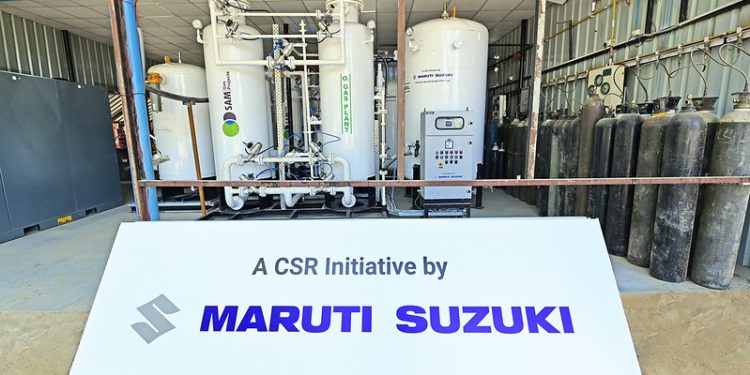 Background: By end-April when the Covid second wave was shooting up, Maruti Suzuki started to look for purchasing oxygen generator plants to meet the crisis for its CSR program. The Company discovered that there are very few small scale manufacturers in the country making these. They were loaded with orders but had little capacity or wherewithal to produce and deliver these in any reasonable period of time. Just paying money could not have helped; they needed manufacturing scale-up. The Company decided to make it a Company initiative rather than just a CSR initiative and activated its Supply Chain division, roped in its supplier partners M/s JBML, M/s SKH Metals and M/s Motherson to help scale up the manufacturing activity of PSA manufacturers M/s Airox Nigen, M/s Sam Gases and M/s Gaskon. This arrangement was on a not-for-profit basis. In less than a month, this arrangement has reached an output of 6 plants per day.

The first 24 such plants will be installed by Maruti Suzuki and its suppliers as a CSR initiative within the first half of June ‘21. A separate team has been deployed with round the clock monitoring to ensure that these generator plants are installed successfully in hospitals and are operational. The monitoring will continue for a few months to ensure that these generators keep operating satisfactorily well after installation.

Future: For sustainability of operations of these manufacturing operations and to ensure that needy hospitals in the country are made aware of this opportunity, a website has been created that will spread this information and channelize enquiries and orders so that manufacturing and deliveries can be planned for the future.

“We recognize Maruti Suzuki’s critical role of being an economic booster to the growth and development of State of Haryana. Whenever the need has arisen Maruti Suzuki has always been the first company to reach out with adequate help and assistance. In the first wave, they were the first ones to come forward with much needed ventilators in the State. In the second wave, we witnessed a massive shortfall of oxygen supply. Here I appreciate Maruti Suzuki’s approach of helping the small scale enterprises ramp up their production to meet the requirements of Oxygen PSA generator plants in the country. It is an appropriate solution to all the logistics challenges we faced in arranging medical oxygen. We aspire that every District Hospital in the State is equipped with an Oxygen PSA Generator plant before the onset of the dreaded third wave. We thank Maruti Suzuki for their timely intervention and support in installing these four Oxygen PSA Generator plants in Gurugram and look forward to continued support in future.”

“Maruti Suzuki is supporting these 3 manufacturers to increase their production of PSA plants for oxygen for Covid. Within one month of our entering this project, our people have been able to increase the capacity of building Oxygen Generator plants by 10 times. This arrangement will deliver about 70 plants in May and 150 in June and this is more than the total estimated production in India in the financial year 2020-21.”

“On the topic of Oxygen supply chain, I think we should seriously study the benefits of on-site Oxygen generator plants as transporting oxygen over large distances seems to be a very sub-optimal solution,”

·         Against a total of about 200 plants produced in the full year 2020-21 in the whole of India, the arrangement with these three manufacturers will itself produce minimum 70 plants in May and 150 in June 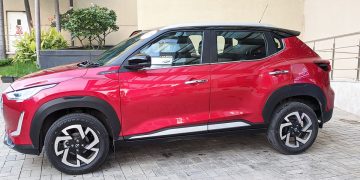 Nissan India announces the availability of its entire range of Nissan and Datsun products in Canteen Store Departments (CSD). Defence...

KTM World Adventure Week from July 5 -11 for all Riders

Demand for EVs soar as India unlocks in staggered manner