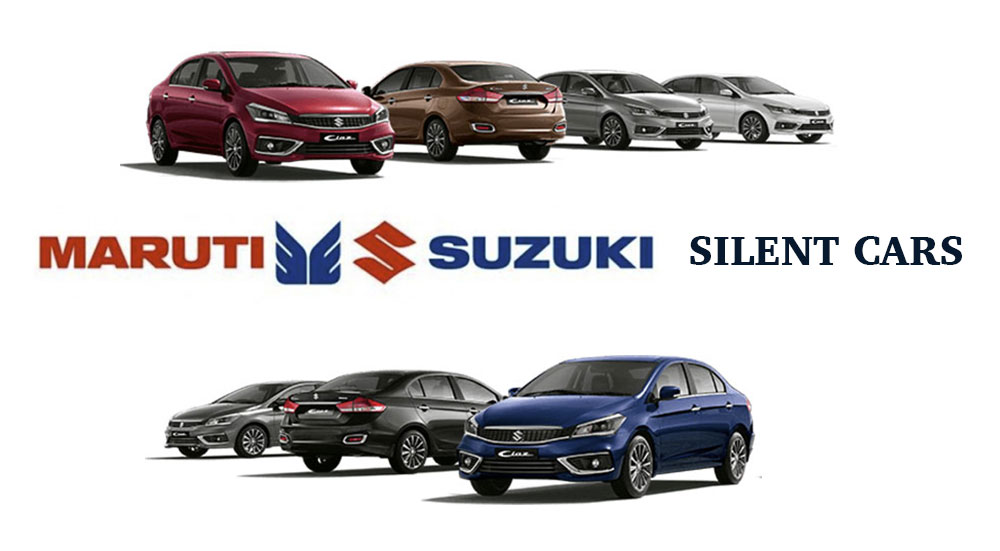 Can you think of a car which doesn’t make any noise? It is going to be a reality soon as Maruti Suzuki India’s top boss (Engineering) hinted about bringing the silent cars starting 2020.

Maruti to bring Silent Cars by 2020

Maruti Suzuki, India’s top-selling car manufacturer had organized a press conference on 20th August in Bengaluru to launch the all new Ciaz 2018 model. During the Questions and Answers session, Mr CV Raman, Senior Executive Director (Engineering) of Maruti Suzuki answered to a sneaky question by a media journalist about Maruti Suzuki’s plan to completely eliminate the “Noise” or “Sound” from the engine or vehicle. Mr CV Raman promptly addressed the query promising that the company might bring a completely noiseless cars from the year 2020. This opens up new questions if Maruti Suzuki is very keen to migrate its cars from existing petrol and diesel drivetrain to Electric technology.

It is also important to note that during the official of New 2018 Ciaz, the Japanese car maker unveiled a new 1.5 litre petrol engine which is coupled by “Smart-Hybrid Technology” that stores the regenerated energy from “braking” to a dedicated lithium-Ion battery which is inturn used for low-itensive jobs like engine-start-stop-idle functions. The official NEXA website has completely re-branded its CIAZ line-up calling it as “CIAZ Smart-Hybrid” both for petrol and diesel variants.