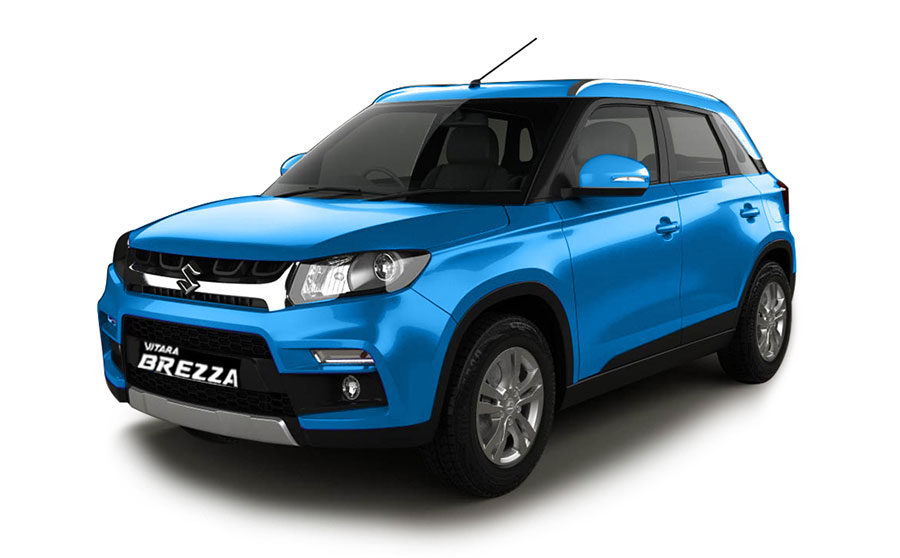 Seems like the car god in India has turned towards Maruti Suzuki. The company recorded a whooping 40,000 bookings for its most popular SUV till date – the Vitara Brezza. The launch of Vitara Brezza happened on March 8th, even before the completion of a month, the Brezza has sweeped the 40,000 mark.

With this amount of huge demand, The waiting period of Maruti Vitara Brezza has shot up to 6 months depending on the variant and the location. The sub 4 metre compact crossover has till now witnessed a very positive response all over.

Maruti dispatched 5,500 units of Vitara Brezza last month (March) and is now expecting to increase the rate of production in the coming months. No doubt, Vitara Brezza climbs up to top 10 best selling cars list very soon by next month.

The all new Vitara Brezza from Maruti Suzuki is based on shortened version of the global C-Platform that inherits from Europe-spec Vitara. The Vitara Brezza scores high on space and equipment.

It is interesting to note that the Maruti Vitara Brezza is offered only in diesel variant with manual transmission and has still managed to receive 40,000 bookings within a month of its launch.

The sub-4 compact SUV from Maruti is powered by the 1.3-litre DDiS diesel engine that delivers a maximum power of 90 PS and 200 Nm of torque. The 1.3L diesel engine is mated to a 5-speed manual transmission gearbox which drives the front wheels.

There are reports that Maruti Suzuki is currently working on a petrol variant that employs the new 1.0-litre BoosterJet turbo petrol engine.