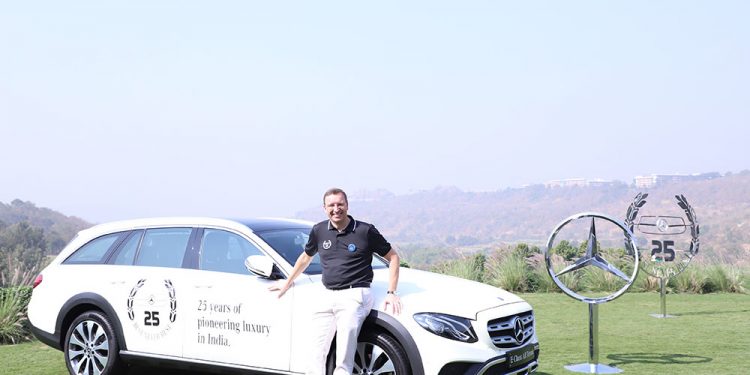 In its 25th year in India, the country’s largest luxury car manufacturer Mercedes-Benz India will tee of its flagship golf property – the MercedesTrophy 2019 from Pune’s picturesque Oxford Golf Resort on 10th and 11th of January, 2019. 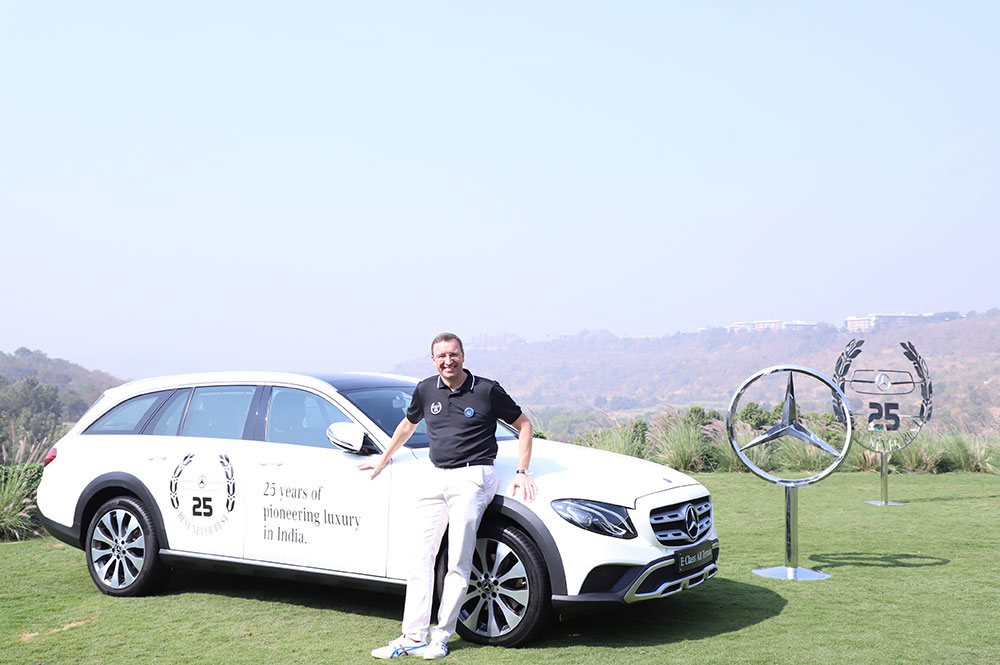 India’s longest running and one of the top amateur golf tournaments now in its 19th edition, will witness participation from over 2200 amateur golfers trained with one of these golf simulators, who would be vying for a place in the highly coveted world finals to be played at Stuttgart, Germany later in the year.

Three golfers , one winner from each of the three handicap categories, make the trip to Stuttgart to represent India in a global tournament, which will see participation from 60,000 golfers from 60 countries.

The MercedesTrophy 2019 in India would consist of a total of 23 rounds of golf being played across 11 cities of the country. Among the many lucrative prizes on offer, one lucky winner also makes an all expenses paid trip to the holy grail of Golf tournaments, the British Open, later this year.

Mercedes–Benz has again joined hand with their global charity partner– Laureus Sport for Good Foundation through MercedesTrophy to raise funds for its programmes in India. While participants can donate online or on-ground at the tournament venue, Mercedes-Benz India Limited (MBIL) will donate an equal amount to match the funds raised from
participants. 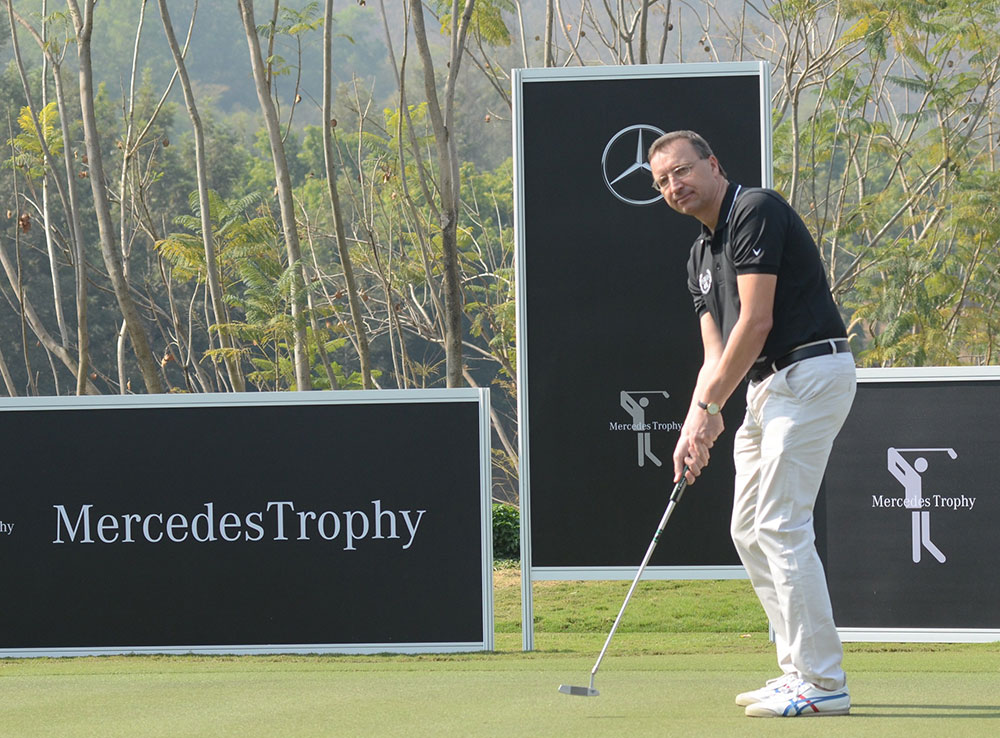 MercedesTrophy is a well-established sporting tournament globally and in India. This is the 19th edition of the event and the response so far has been overwhelming. I am happy to see country’s finest amateur golfers rubbing shoulders and competing for the much coveted trophy. This year is special for us, as we complete 25 years of our operations in India and we are pleased to extend the tournament’s partnership with Laureus Sport for Good Foundation, our global partners for Sport for Good initiative. With this partnership, it is an opportunity for us to bring smiles to under privileged children and empower them towards a better future using sport as a medium. We would like to extend our gratitude towards our customers, who have made this tournament a successful sporting event of the country.

The 19th edition of the MercedesTrophy will commence with the Pune qualifiers at the Oxford Golf Resort and will travel to 10 more cities –Bengaluru, Mumbai, Ahmedabad, Kolkata, Hyderabad, Gurugram, Noida, Chandigarh, Jaipur, Lucknow before returning to Pune for the National Final. 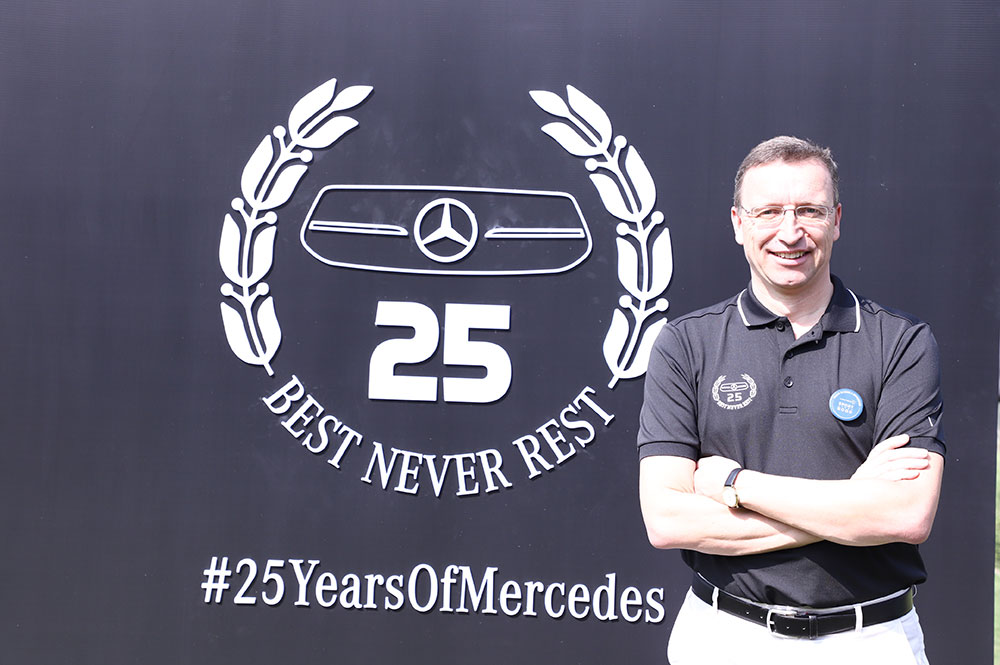 Forty winners will be selected from the qualifiers, which will end on March 17, 2019 in Lucknow. The National Final will be played between 27th and 29th March 2019 in Pune and three winners will compete against winners from tournaments played all over the world in the 30th edition of the MercedesTrophy.

Mercedes-Benz is also providing opportunity for beginners to learn golf through Golf Clinic under expert supervision. One of the biggest golf tournaments in the country, MercedesTrophy, has attained social
significance with the association of Laureus – Sport for Good Foundation. In addition to this, MercedesTrophy will also organize lucky draws for participants who have donated towards this noble cause. The tournament of Laureus’ India based partner NGO-Naz Foundation, to empower underprivileged children.