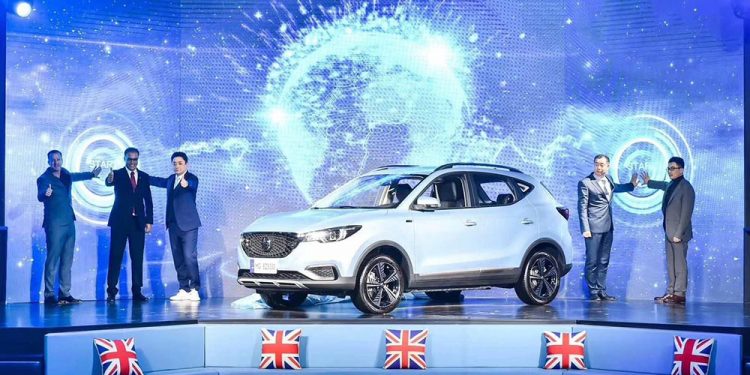 The MG eZS EV is the perfect car for people who want to go electric considering the environment and desire the latest modern vehicle with connected mobility features.  The MG eZS will be launched in India by the end of this year and subsequently be launched in some other markets like the UK, Germany, Australia, Thailand & Middle East coinciding with the Indian launch.

With a modern design and advanced technology, the MG eZS will herald a new chapter in environment-friendly solutions in India. While the petrol version of the MG ZS had already become a popular choice globally, we are confident that its zero-emissions electric equivalent will bring accessible electric motoring to the customers in India upon its launch by the end of this year,

“We hope by the time we launch the vehicle; the government would have announced the much-needed subsidies and incentives for the EVs under the recently announced FAME II scheme so that the people are encouraged to by the environmentally friendly mobility solutions.  More details about the specifications and features of the eZS will be announced at a later stage,” added Chaba.

With a country-wide network of 120 sales and service outlets across India, MG aims to ensure a seamless ownership experience for its Indian customers. In addition, the carmaker will take appropriate measures to educate the Indian audiences around EV driving range anxiety and charging infrastructure. The eZS will also house the carmaker’s iSMART Next-Gen, which will debut in India starting with the MG Hector SUV which will go on sale in June this year.

MG Motor India, which is building a strong foundation for its future operations in the country, is focused on the key pillars of innovation, diversity and community. The carmaker aims to contribute through environment-friendly mobility solutions as part of its long-term commitment to the market.

It may be recalled that MG India had already announced the launch of the first connected car Hector, with inbuilt internet connectivity. Scheduled to go on sale in June this year, the MG Hector will come with several industry-first features housed in a 10.4” Head Unit. The Hector’s touch screen is designed with a vertical interface that allows the driver to control the entire car system with just a touch or voice command and comes pre-loaded with entertainment content. The iSMART Next Gen featured in the Hector comes with an industry first embedded M2M with Internet Protocol Version 6 (IPV6) ready for 5G.