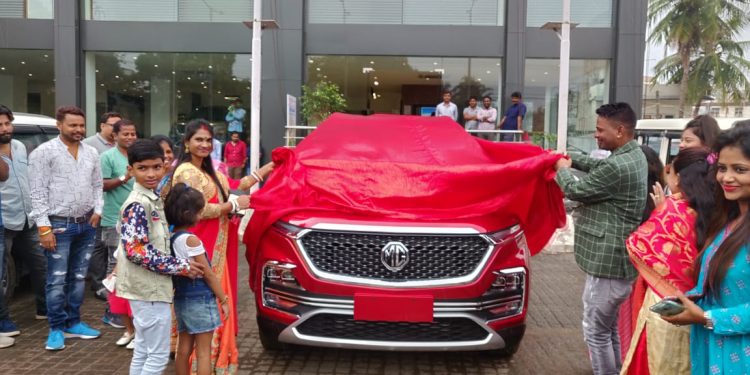 MG Motor India today announced that it has recorded a total retail sale of 1518 units in March 2020. This includes 116 units of ZS EV, the country’s first pure electric internet SUV, and 1402 units of the HECTOR.

Both MG Hector and MG ZS EV have made a mark in the Indian car market. Despite supply chain disruption globally, MG Motor continues to serve its customers. In February, our sales were impacted due to the disruption, while the situation improved during March before the lockdown was announced, resulting in the shutting down of our manufacturing plant.

Our current focus is on the health and well-being of our employees and their families, as well as the society at large. In this pursuit, we have also announced INR 2 crore grant towards procuring gloves, masks, medicines, ventilators, and beds; and are working closely with the local administration in Gurugram and Halol (Vadodara) to support their requirements,

Despite the ongoing situation, the carmaker has assured its employees that there would be no layoffs and all payments to suppliers and vendors alike would be completed on time.

The carmaker, which initiated the ‘Disinfect and Deliver’ initiative to sanitize cars and ensure a near-zero contact with customers, before the lockdown was imposed, has decided to formalize this as a permanent process across the company after the lockdown is lifted.