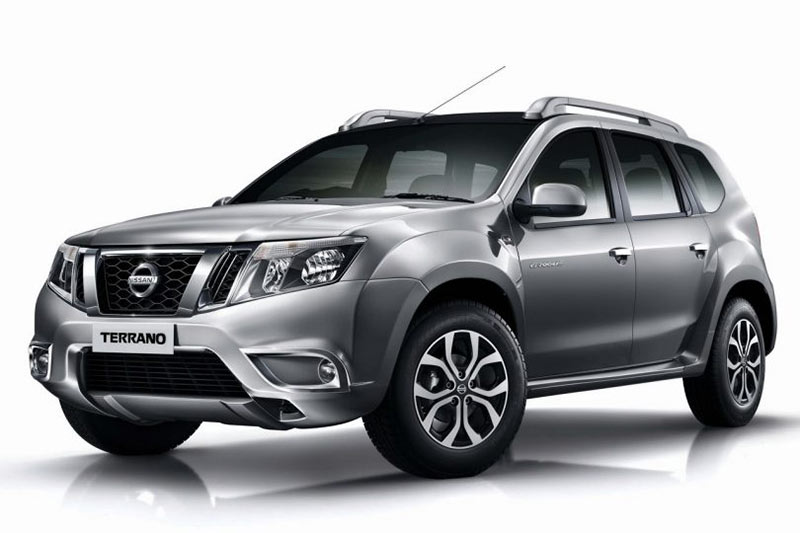 Terrano SUV shall feature same platform as that of Renault Duster. The Terrano facelift is expected to get new front panel, revised headlamps and new bumpers as well as front grille. One can also notice extensive use of chrome throughout the build, which gives Terrano a premium stance. The side profile of Terrano facelift remains strikingly similar to the existing variant of the car. The interiors are also updated in terms of seat upholstery. 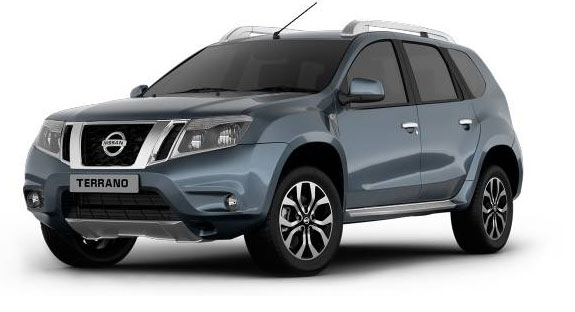 The engine specifications of new Nissan Terrano facelift remains the same. The facelift version of Terrano continues to sport existing 1.6 litre petrol and is also offered in 1.5 litre diesel engine.

Nissan Terrano’s 1.6L petrol engine offers 85 bhp of power at 3,750 rpm and 200Nm torque at 1,900 rpm where as the 1.5L diesel engine comes in two different power outputs – one offering 85 PS of power and another offering 110 PS of peak power. For the petrol variant and 85PS diesel variant, the engine is mated to a 5-speed manual transmission gearbox. The powerful 110 PS diesel engine of Nissan Terrano facelift gets mated to 6-speed MT and AMT gearbox.

Nissan Terrano has not received any updates since its introduction in the year 2013. The Terrano facelift from Nissan continues to be produced from Chennai Plant. Nissan is planning to increase its market share by launching the Terrano facelift and launch of Nissan X-Trail SUV is also planned after that.