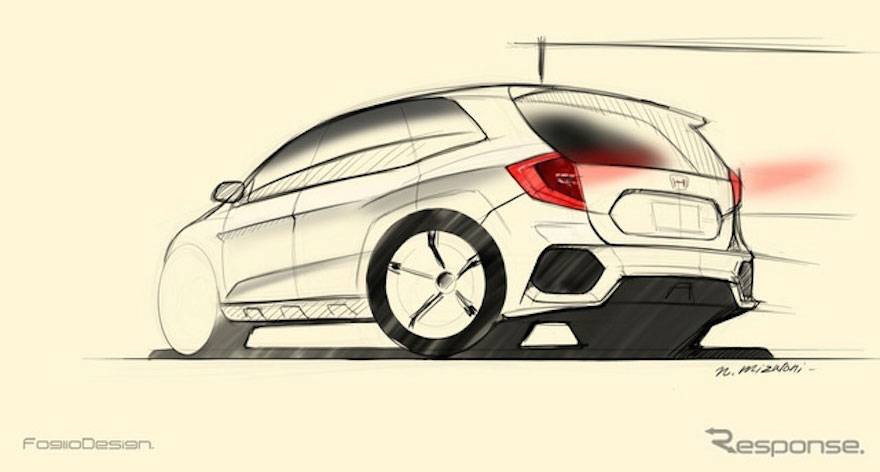 The third generation edition of Honda‘s popular CR-V was launched in India in the year 2011, and the car also got a facelift in the year 2014.   Honda now will be releasing the new-generation cross-over  in 2017 and the company has already started testing the car.  There are also reports that new-generation Honda CR-V will be getting a plug-in hybrid version.

As you can see in the sketch of the new Honda CR-V, it is actually a fully redesigned model based on am entirely new platform. The design cues of Honda CR-V is inherited from new-generation Honda Civic. The design of new Honda CR-V crossover is going to be lot more sharper as well as aggressive.

This new-generation Honda CR-V will be even having a stretched version too. The new Honda CR-V would also come with five as well as seven-seater options as well. The Japanese automaker would be also targeting other crossover which are doing well in the market like Nissan X-Trail and the new Hyundai Santa Fe which is doing well in North American market.