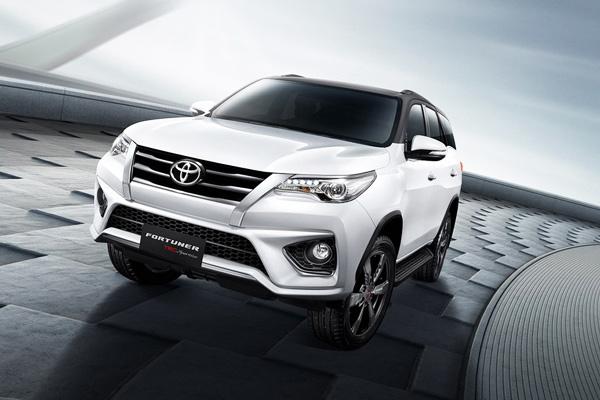 Looking at the brochure images, the all new Toyota Sportivo gets sporty, black-finished 20 inch alloy wheels and new aggressive-looking bumpers as well. The all new Toyota Sportivo will be made available with a choice of dual-tone black & white, as well as single-tone black paint scheme. This SUV would also feature TRD badging on the door sills as well as on the tailgate,that comes along with the new chrome-finished exhaust muffler. 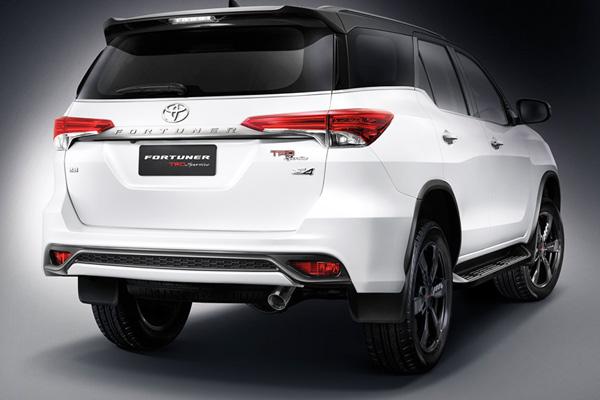 Talking about the interiors, the all new Fortuner TRD Sportivo will be getting the dual-tone black and red upholstery to complement its new appearance, along with revised instrument cluster. The interior also includes 7 inch touchscreen infotainment system, TRD-badged floor mats as well as red-finished push-start button.

Toyota Fortuner TRD Sportivo will also get mechanical tweaks to go with its sportier credentials. The all new Fortuner SUV will be equipped with revised suspension as well as brakes.

Under the hood, Toyota Fortuner gets an engine that delivers 175bhp of power, 2.8-litre 1GD-FTV, as on the standard Fortuner.

Expect the next generation Fortuner SUV to head to India sometime next year (2017) , and the TRD Sportivo variant shall arrive sometime after the launch.