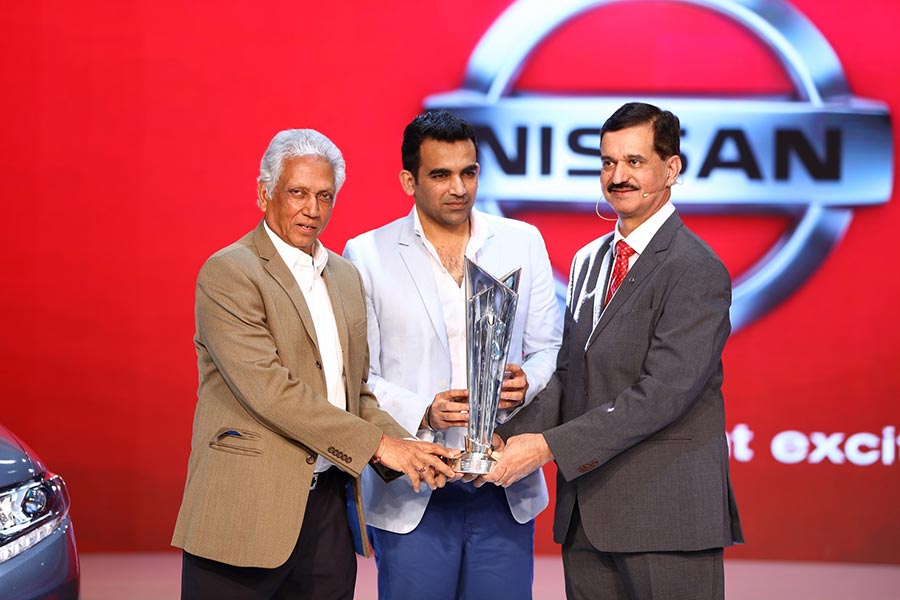 At the 2016 Delhi Auto Expo event, Nissan made an announcement that it would be bringing its iconic GT-R sportscar and new Nissan X-Trail Hybrid crossover to India in the 2016 financial year. The introduction of these remarkable products from the Nissan global line-up is going to open up choices for customers in India.

While the all new Nissan GT-R would storm Indian shores in the month of September 2016, the newX-Trail Hybrid is going to follow before the end of the financial year. India would be the fourth market in the world after Japan, Thailand and Indonesia where Nissan will have introduced the X-Trail Hybrid.

Bringing these two standout models to India shows Nissan is a brand going places. Nissan GT-R and X-Trail Hybrid each have their own strengths as great examples of Nissan engineering and technological expertise, and embody our brand promise of ‘Innovation and Excitement’. Having created a strong foundation for success by building our local presence and extensive retail network, we are now introducing a wave of dynamic and exciting products through the mid-term that will draw fresh eyes to our brand.

Nissan’s flagship GT-R sportscar delivers blistering performance. It is equally at home in real-world driving conditions as it is on the racetrack where it has shattered numerous records.

With new levels of sophistication and refinement, the GT-R enables the driver to enjoy the car’s capabilities to the fullest, whether navigating corners of a winding mountain road, cruising on the highway or in an urban environment.

The current Nissan GT-R’s twin-turbo 3.8-litre V6 petrol engine produces 550PS and 632Nm of torque, with ample power that will satisfy any motoring fan. Its 0.26 drag coefficient, one of the best amongst supercars, helps the GT-R slice through the air efficiently.

The car also boasts a wealth of on-board technology and unrivalled handling thanks to its advanced all-wheel drive system, meaning it can be driven and enjoyed even by less experienced drivers – earning it a reputation as the ultimate everyday supercar. 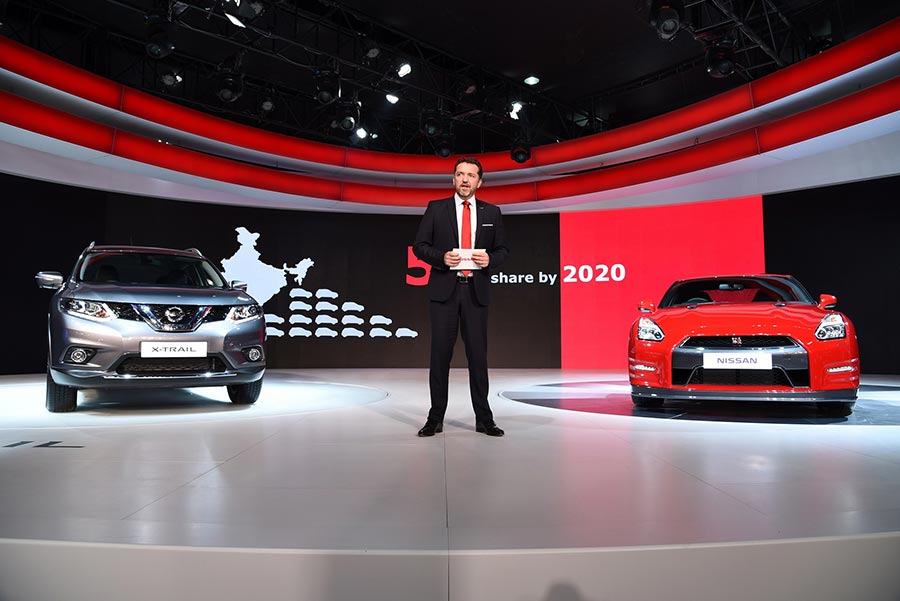 The new Nissan X-Trail Hybrid will come to India as the market’s first ever full hybrid SUV, and brings Nissan’s latest hybrid vehicle technology to India for the first time.
The car comes equipped with the 2.0-litre MR20 DD petrol engine twinned with an advanced 31kw electric motor that enables both driving and environmental performance. The innovative crossover provides a rewarding driving experience with its powerful acceleration and remarkable quietness, which eclipse those of typical 2.5-litre gasoline engines.

The X-Trail Hybrid delivers sprightly driving response right off the line due to the 2.0L engine with added punch provided by its electric motor. Intelligent Dual Clutch Control is Nissan’s original, highly efficient hybrid system that drives the wheels and regenerates electricity by using one motor. With one of the two clutches completely separating the motor from the engine, the system enables EV mode driving in high-speed situations with highly efficient energy regeneration.

The GT-R and X-Trail Hybrid will complement Nissan’s extensive ‘home-grown’ product range of Indian-built models from its plant in Oragadam, near Chennai. The plant now employs well over 7,000 staff, producing a diverse cross-segment line-up including the popular Sunny sedan, Micra and Terrano, as well as the Datsun GO and GO+.
In addition to strengthening its brand presence in India by introducing compelling models from its global line-up, Nissan will continue to strengthen its brandthrough its eight-year- long partnership with the International Cricket Council, announced in November 2015.