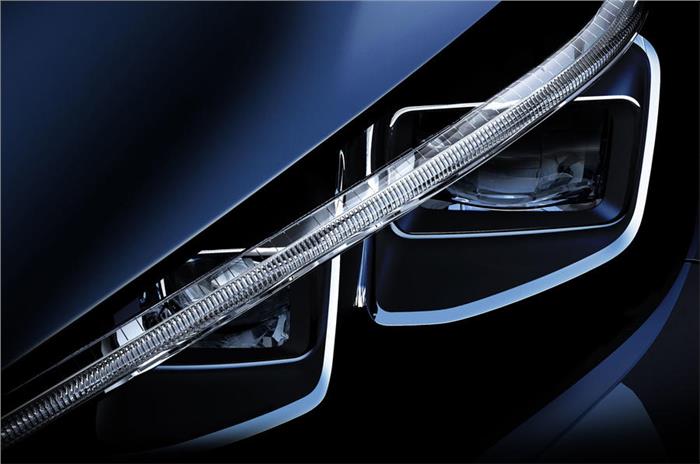 Japanese car manufacturer, Nissan for the very first time has released the preview image of the next-generation Leaf, which is expected to be launched in 2018 internationally.

The preview image of Nissan Leaf shows off the car’s headlight and hints at more angular lines as well as harder edges for car’s design. Reports of development cars being seen and the first preview image which has now got released suggests that the new Nissan Leaf shall likely take influence from new and more striking Nissan Micra.

Just not only the new look, Nissan’s next-gen zero emissions electric hatchback would also be getting an electric drivetrain which is predicted to have a range of around 547km – more than double the current car’s range. This is also around 145km further than what the latest Renault Zoe.

The increased performance figures is because of the new battery pack options available for Leaf that would enable the Japanese automaker to sell the Leaf with a variety of specs, similar to what Tesla doing for its models. The largest battery of the car shall double the 30k Wh lithium-ion pack which is found in highest-spec version of today’s Nissan Leaf.

The next-generation Nissan Leaf is expected to arrive in international market for the next year and it would lead Nissan’s charge to grow Electric Vehicles to represent 20% of its sales by the year 2020.