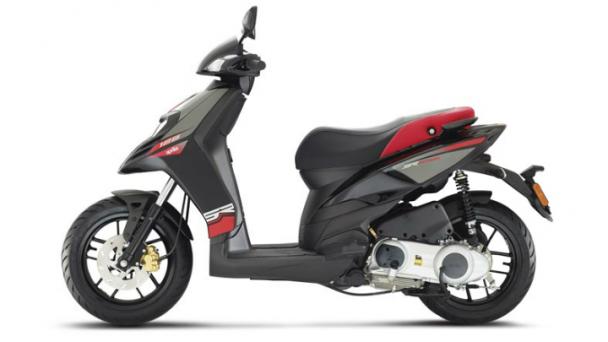 Piaggio also claims that the Aprilia SR 150 will stand out from other 2 Wheeler models in India. The all new Aprilia SR 150 is a crossover between a scooter and a bike and would be creating a segment of its own.

We will have to wait and watch how many would find this new model interesting and buy it. Piaggio’s existing Vespa 150 although has got a great character and appeal is not doing so well when it comes to sales performance – the obvious reason being – more expensive products would attract less number of people in India.

Piaggio’s decision to be in the scooter game in India by introducing such models is appreciable. Even the Vespa GTS 300 and 946 Armani is expected to change scenario in scooter segment later this year.

[…] had earlier reported about Aprilia SR 150 getting launched in India in coming months. Now, the actual Aprilia SR 150 bike has been spotted testing in a dealership in […]