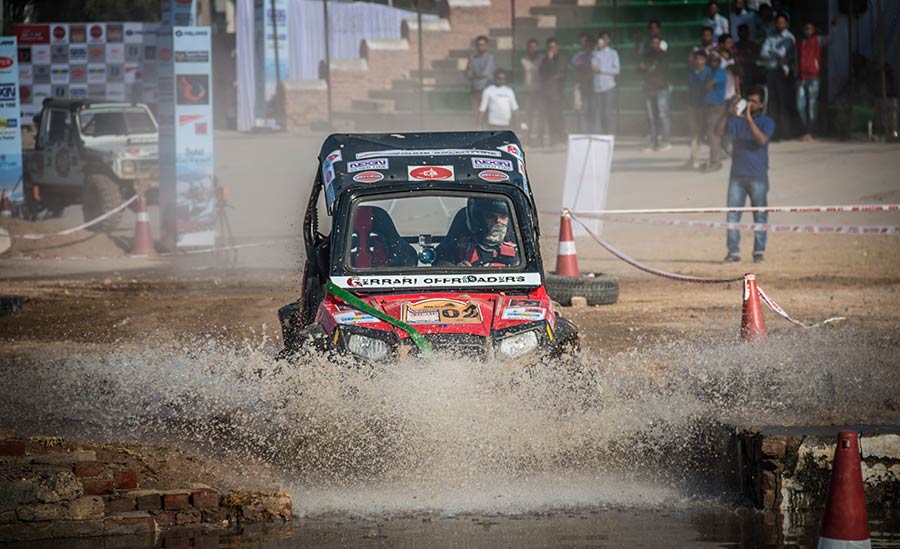 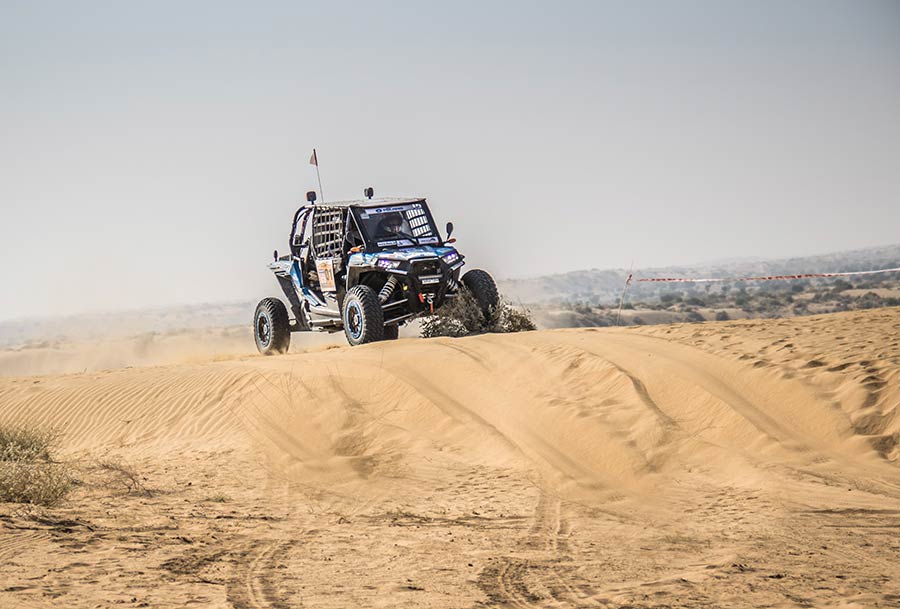 Polaris India Pvt. Ltd., a wholly owned subsidiary of Polaris Industries Inc., the world leader in Off-Road and All-Terrain Vehicles, maintained its winning streak by securing the top two pole position at the third edition of Ultimate Desert Offroad 2016. The new champion Kabir Waraich comfortably secured the pole position and was followed by Raj Singh Rathore who finished a close second. The three day event tested the grit and stamina of drivers and their vehicles at the might sand dunes of Bikaner.

An interesting combination of off-roading, all-terrain driving and navigational challenges, the three day event, tested the mental and physical strength of the participants like none other. Every leg in the Ultimate Desert Offroad 2016 had a challenging terrain and an ideal surrounding to measure the ability of the vehicle and the experience of the crew on board, alike.

Our range of RZR® has continued the tradition of dominating the toughest terrains and the double-victory at the Ultimate Desert Offroad 2016 proves the capabilities of our world class vehicles which have been built to tame the hardest conditions possible. Our vehicle’s durability and performance remains unmatched which boosts the driver’s confidence to a whole new level. We are extremely happy and proud to have come out with flying colours in this event and I would like to congratulate the winners Kabir Waraich and Raj Singh Rathore who have finished at the top two positions this year.

It is indeed humbling for me to be a winner despite a highly competitive field this year. The event was positive for me and I had a trouble-free rally driving the Polaris RZR® S 800 which was a pleasure to drive. I don’t think I could have achieved this feat without Polaris. It was fun to be a part of this event with fellow rallyists and I’d like to congratulate all of them for participating in what has been a very challenging rally for each one of us. We now look forward to the next years’ of Ultimate Desert Offroad. 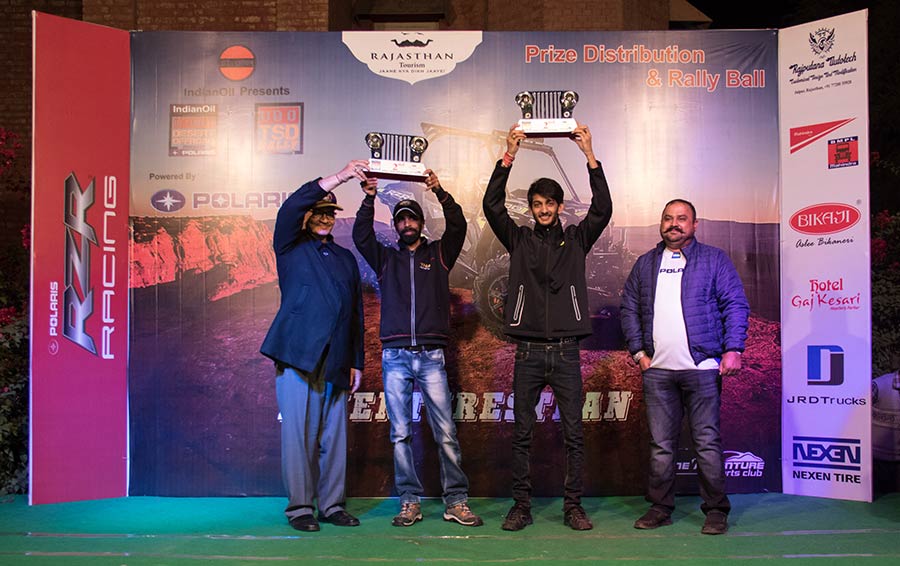 It felt great to yet again be part of this rally. The terrain was challenging but the Polaris RZR® handled it with ease and offered the smoothest drive even in extreme conditions. I would like to thank Polaris India for their support and congratulate all the fellow drivers who took part in this event and made it a successful one.