by Rahul R
in Cars, Renault
0

France and United Kingdom -headquartered Renault which is considered as a major automobile player in the entire world, is now all set to follow in the footsteps of Indian car manufacturer Maruti Suzuki and South Korea-based  Hyundai. Not that the French automobile manufacturer will launch new ‘large’ cars targeting the elite in India, but with respect to ‘used cars’ which is considered as a fast-growing automobile segment in India.

Renault will begin its ‘used cars’ operations in India shortly, and in 2015 the company will also launch two new models, one of which is said to be a sub 4-lakh car to cater to the ‘budget-conscious’ Indian customer.

Renault will make use of its strong workforce that operates out of an exclusive R&D centre in Chennai, to manufacture and test out its new cars that are expected to hit Indian roads late next year.

With Renault entering the Indian ‘used cars’ vertical, what can the urban/rural middle-class Indian consumer look forward to?

Renault’s plan to start exclusive used cars outlets in India has its own set of advantages:

With brands like Maruti Suzuki and Hyundai already considered as major players in the Indian used cars segment, Renault’s market position may take time to establish in the Indian market.

Also, with people considering Maruti ‘True Value’ used cars nothing less than ‘first-hand’, as the Indian car brand provides its used cars customers with ‘genuine quality certification’ and ‘120-point checklist’ while purchase of a second-hand car,  Renault’s used cars need to be subjected to multiple real-world tests before people start preferring them.

These tests can essentially include driving on  rugged Indian roads, challenging weather conditions and economy tests, post which the true performance of Renault’s ‘certified’ used cars can be evaluated.

Do let us know what you think on Renault entering the Indian used car market. 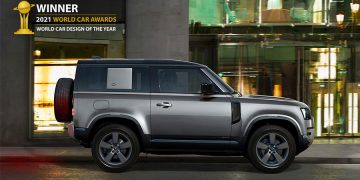 The Land Rover Defender has been named 2021 World Car Design of the Year at the annual World Car Awards....