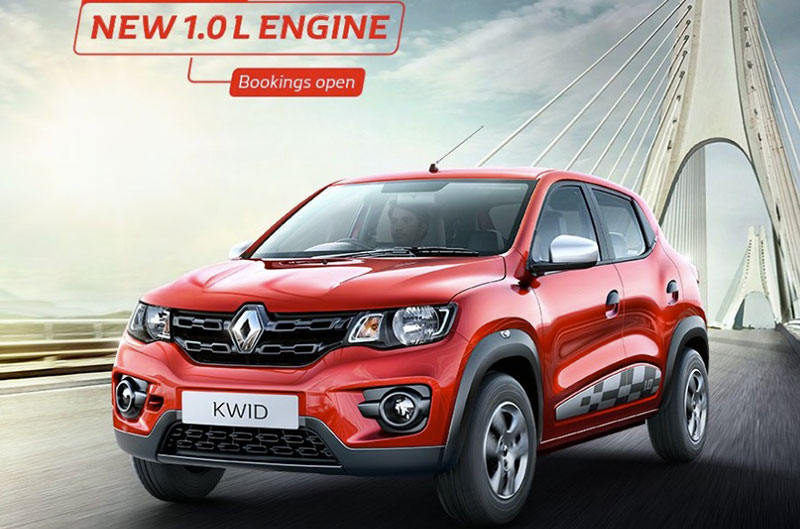 Since its launch in the year 2015, Kwid has become a game changer for Renault India. The major contribution for Renault sales is coming from this little Kwid hatchback. Set to compete against the well-established Maruti Suzuki‘s Alto, the company first introduced the car in 800cc engine and pretty recently launched the 1 litre engine variant of the car. And now, Renault is all set to launch the AMT version of Kwid 1 litre version. The upcoming Renault Kwid 1.0 AMT which is expected to be launched in next few weeks will rival Maruti Alto K10.

Renault will be using the same Easy-R AMT technology which is present in its very own popular SUV – Renault Duster. Renault has also opened bookings for Renault Kwid AMT and the deliveries of the car will happen by end of this month (November 2016). One can directly book the Kwid through a dedicated mobile application. One can do booking by making a payment of 10,000 INR.

During Delhi Auto Expo 2016, Renault had showcased both 1.0 litre engine version and AMT. The AMT-equipped Renault Kwid will be getting launched in Indian market this month. Renault Kwid 1.0 AMT comes with 5-speed automated manual gearbox.

Under the hood, Renault Kwid AMT is powered by 1.0-litre SCe engine that can churn out maximum power of 68hp. The The French automaker would be first likely launching the Kwid 1.0 Easy-R AMT in the top-spec RXT and RXT (O) variants that comes with same features as that of Kwid 1.0 like driver side airbag (RXT-O), touchscreen infotainment system with 2 speakers, remote keyless entry, front power windows etc.

The all new Renault Kwid is based on CMF-A platform which is shared by different manufacturers like Renault, Nissan and Datsun.