Renault Kwid to get 1.0 litre engine next year 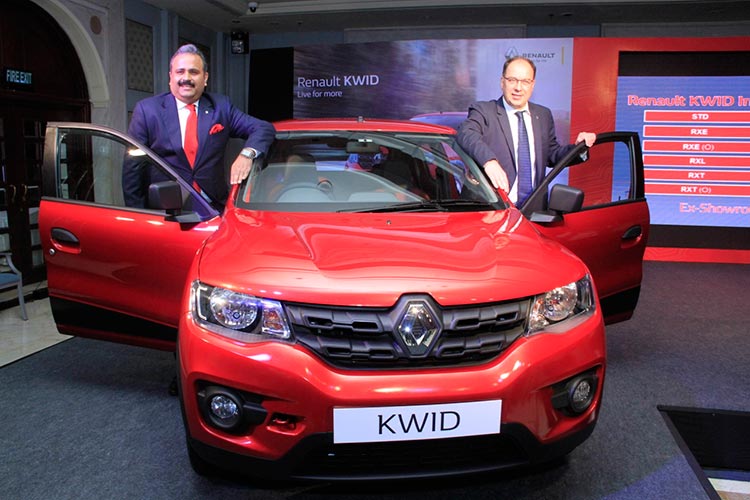 Renault Kwid to get 1.0 litre engine next year

After successful introduction of Renault Kwid, French automaker, Renault is now working on developing the 1.0-litre Kwid engine which is codenamed as B4D. There are also news that 1.0 litre Renault Kwid is almost ready to be launched. The all new 1.0 litre engine shall help Renault to make Kwid a potential competitor against the Alto K10 and the Hyundai’s Eon 1.0.

The existing Renault Kwid is powered by a 800cc petrol engine that could churn out 52bhp of power and the new 1.0 litre engine would be producing 65bhp of power.

In the other hand, Renault Kwid already has huge waiting period and this could be one of the reasons why it won’t be introducing the Kwid 1.0-litre anytime soon. There are also plans to get Renault Kwid AMT, but at the moment the French automaker is working towards increasing its production capacity in order to reduce the waiting period of Kwid. The Renault Kwid will also be coming with a more powerful engine for those who are looking to drive on highways.

The Renault Kwid is offered with many first-in class features like touch-screen system with navigation, bluetooth connectivity etc. The Kwid gets a boot space of 300 litres and comes with a ground clearance of 180 mm, which is the best-in its class again. Along with Kwid, Renault will be introducing more products based on the CMF-A platform.