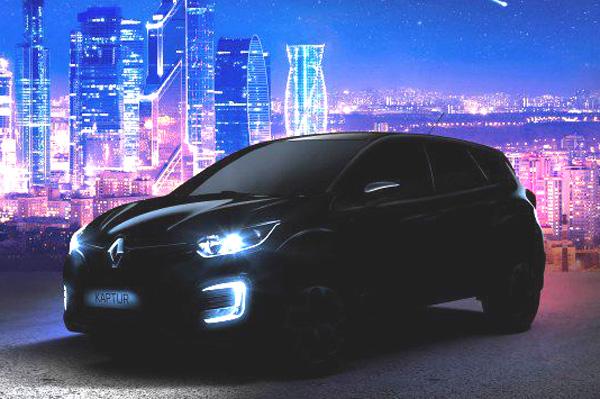 French car manufacturer, Renault now officially has released a teaser image of its new Kaptur crossover which is actually based on style and design of slightly smaller Captur which is currently sold in Europe.

Referring to the spy photo, the French automaker has already started testing its new model whose codename is HHA and there is a possibility that new model shall come with a slightly longer wheelbase. There is going to be a greater space inside and also large enough room for 3rd row of seats which are pretty popular in emerging markets like Brazil, Russia as well as India.

The length of European-spec Renault Captur is 4.12 meters, but the new revealed Kaptur’s length is going to be over 4.4 meters.

Sources within the company has shelled out few details on the new Kaptur. According to then, The new car model which is headed to India will not be exactly badged as “Kaptur”. In India, new Renault Kaptur crossover will be positioned above the Duster in market.

Although the new Kaptur is based on Renault Duster, it would look more like a stylish version of 5-seat Captur, both inside as well as out. This is going to be pretty challenging as the new Captur is based on more expensive platform.

Time and again, Renault has proved its ability to transform the interiors of budget cars like Renault Kwid, so this should be a feasible task with some clever selection of materials and accessories.

New Renault crossover is likely to use underpinnings from Renault and Dacia’s M-Zero platform which is slightly longer and it has been created especially for longer models like the Renault Lodgy that need to be built on a very tight budget. This new Renault crossover model shall come with slightly more powerful 1.5-litre diesel engine, while transmission choices could include 5 as well as 6-speed manual transmission gearbox and also a 6-speed AMT Easy-R single-clutch automatic. One could also expect an AWD version of the car that comes with the independent rear suspension from the Duster 4X4.

The new crossover from Renault is first expected to arrive in countries like Brazil which is currently the primary market. After its launch in Brazil, it should take no time to launch in India.