Royal Enfield Continental GT Cup is back with Season 2

Royal Enfield is ready to once again set the track on fire as it returns for Season 2.  The JK Tyre presents Royal Enfield Continental GT Cup 2022 will open registrations for this season on July 20, 2022 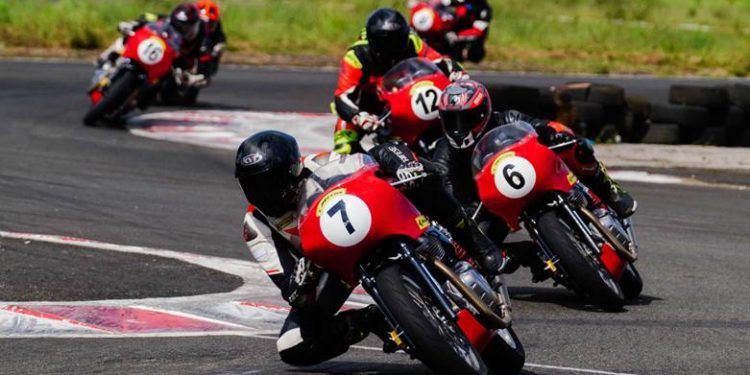 After a spectacular first season last year at the JK Tyre FMSCI National Racing Championship, Royal Enfield is ready to once again set the track on fire as it returns for Season 2.  The JK Tyre presents Royal Enfield Continental GT Cup 2022 will open registrations for this season on July 20, 2022.  With its new Pro-Am series format, the upcoming edition of India’s only retro-racing championship promises to be fiercer, showcasing every nuance of racecraft.

Royal Enfield has focused on encouraging and nurturing the culture of Pure Motorcycling for over 120 years. As part of this, the Royal Enfield Continental GT Cup was created to aid accessible entry into track racing for new entrants as well as experienced racers. The overwhelming response to the maiden season last year is a testament to how the brand has successfully introduced a unique genre of motorcycle racing in India.

This year, the format of the championship has been changed to a Pro-Am Series with 10 professional and 15 amateur riders competing together on the same grid. As part of the JK Tyre FMSCI National Racing Championship 2022, the Royal Enfield Continental GT Cup Season 2 will be conducted in accordance with the regulations of the Federation of Motorsports Club of India (FMSCI) in 3 rounds and 8 races of nail-biting racing starting September 2022 and culminating in December 2022.

“The Royal Enfield Continental GT Cup made a spectacular debut last year with a terrific response from the community across India. To take the retro racing experience a notch higher, this year, we have introduced a new format – the Pro-Am series that allows novice racers to compete on the same grid with more experienced racers. Seasoned racers alongside the new racers will also help inculcate the spirit of mentorship among the racers while also allowing aspiring racers to grow their skills on the race circuit. The Royal Enfield Continental GT Cup plays an integral role in honing the skills of the racers and the racing community as a whole, and we are hopeful that this season will help us make motorsports even more accessible and further grow the interest in track-racing in India.”

The Continental GT250 was the first factory-built, production cafe racer and through the years has embodied the spirit of retro racing. For this season, Royal Enfield continues  to retain everything under the skin of the Continental GT 650 stock motorcycle and has minimally modified the vehicle with a retro fairing, stiffer suspension, a more committed riding posture and stainless steel exhausts suited for track racing. This year, Harris Performance, who have more than 40 years of rich motorcycle racing experience, have enhanced the Continental GT-R650. With bespoke clip-on aluminium handlebars and rear set footpegs tailor made for the race-ready motorcycle, the Continental GT-R650 offers a one-of-a-kind retro racing experience. The track-spec Continental GT-R650 has minimalistic, yet purpose-built performance enhancements which offer an un-intimidating, agile and spirited performance on track. It also comes with enhanced braking components for the harsh track racing environment via means of sintered brake pads and brake callipers with insulated pistons. Furthermore, Royal Enfield has indigenously designed and developed the race fairings and belly pans at the UK Technology Center to adhere to FMSCI regulations and enhance racing comfort and aerodynamics (protecting the rider from wind blast).

The Royal Enfield Continental GT Cup made its debut on the race track last year under the aegis of the Federation of Motorsports Club of India (FMSCI) and was conducted as part of the JK Tyre FMSCI National Racing Championship 2021. From an application list of close to 400 aspirants from across India, 100 racers were shortlisted and after a grueling selection process, 18 fastest riders competed for the first-ever Royal Enfield Continental GT Cup. The championship was staged across four rounds and 8 total races that offered the young and aspiring riders a new platform to showcase their racing skills with the Royal Enfield Continental GT-R650. After a nail-biting final round, Anish Damodar Shetty from Hubli emerged as the Champion, followed by Allwin Xavier as the first runner-up and Anfal Akdhar as the second runner-up. This year, as part of the new Pro-Am format, the three winners get a direct entry into this season’s Professional Category.

The registration process for the Continental GT Cup goes live from today till 27th July, 2022. The participants will be able to register under one of the two categories: Professional and Amateurs based on the eligibility criteria. From the registered participants, 25 professional and 75 amateur racers will make it to the Rider Selection Programme at Kari Motor Speedway, Coimbatore on 12th August and 25 fastest riders (10 professional and 15 amateurs) will ultimately make it to the race rounds. The battle for the Continental GT Cup season 2 will spread across 3 rounds and 8 races with the first 2 being held at the Kari Motor Speedway, Coimbatore, the first round from September 16-18 and the second round from October 28-30 followed by the Grand Finale from December 16-18, 2022 at the Buddh International Circuit, Greater Noida.