Royal Enfield posted a sale of 66,891 motorcycles in the month of October 2020, against the sales of 71,964 motorcycles for the same month last year. 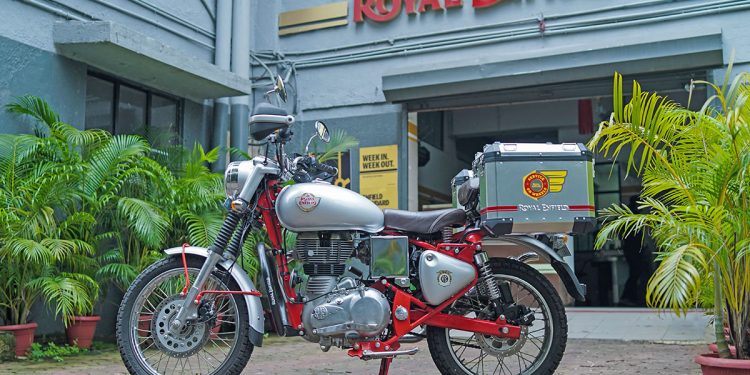 Royal Enfield posted a sale of 66,891 motorcycles in the month of October 2020, against the sales of 71,964 motorcycles for the same month last year.

For decades, riding enthusiasts have personalized and customized Royal Enfield motorcycles as a means of self-expression and to ‘make it their own’. Taking this journey ahead, Royal Enfield, announced the roll-out of a first-of-its-kind motorcycle personalization service – The Royal Enfield Make-It-Yours – MiY. With this new initiative, consumers can now choose to personalize and accessorize their motorcycles, right at the time of purchase, and truly make their own.

Royal Enfield has launched an all-new line-up of CE certified riding jackets for riders based on multiple riding needs. Keeping safety at the forefront and  crafted carefully for different weather conditions and terrains and, Royal Enfield has ensured that these jackets meet global safety norms and are available at an accessible price. The range includes 5 jackets where the entire jackets are CE Certified with Class A protection under Personal Protective Equipment regulations. The jacket line-up offers comprehensive protection with the freedom to ride in both on and off road conditions.

Royal Enfield concluded the first edition of its designing platform – ArtofMotorcycling. The month-long campaign  received more than 10,500 entries across the country and  resulted in bringing together a diverse set of audiences from different cities along with the Royal Enfield community – ranging from avid riders and aspirants to artists, illustrators, and graphic designers under a common umbrella.