Royal Enfield posted sales of 82,097 motorcycles in the month of September 2022, against 33,529 motorcycles sold during the same month in the previous financial year, registering a growth of 145% 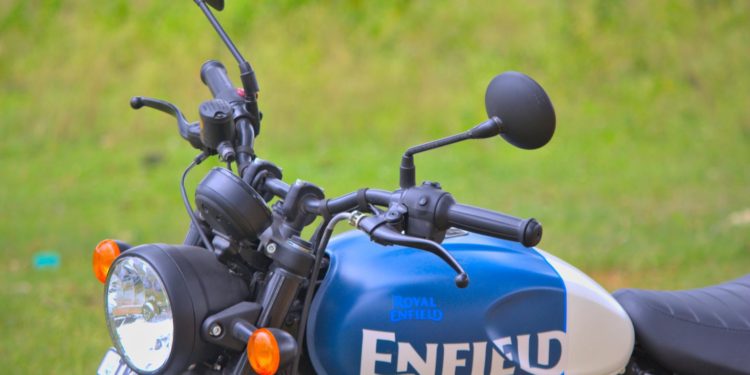 Speaking about the volumes for the month of September 2022, B Govindarajan, CEO, Royal Enfield said,

“Buoyed by a good start to the festive season this year, and by the spectacular response to the recently launched Hunter 350, we are happy to see a more than 145% growth in volumes for the month. As we move ahead, we are confident that the Hunter 350 will unlock newer markets for us.”

The 11th edition of ‘One Ride’ was celebrated globally across 50 countries where motorcycling enthusiasts of all ages from diverse regions and social identities come together for a ride. India’s largest cause led ride witnessed participation from over 15000 riders from across 500 cities. The theme, ‘One World | One Mission | One Ride’ for this year’s ride, is deeply rooted in Royal Enfield’s social mission of encouraging Responsible Travel practices.

UNESCO and Royal Enfield flag off ‘The Great Himalayan Exploration’

UNESCO (United Nations Educational, Scientific and Cultural Organisation) and Royal Enfield, flagged-off ‘The Great Himalayan Exploration’ ride at the iconic Victoria Memorial in Kolkata. This unique partnership aims to contribute to the documentation, preservation and promotion of the Intangible Cultural Heritage of India.  Drawn from all over the Indian motorcycle-riding community, these riders will spend two weeks documenting specific Intangible Cultural Heritage practices that have been identified by a research team in collaboration with UNESCO.

In a unique first, Royal Enfield announced the launch of its NFTs featuring ten winning artworks from its ‘Art Of Motorcycling’ (AOM) programme. Ten exclusive NFTs of the winning designs from the last two seasons are being introduced as NFTs to further encourage the riding community to express their art globally through a digital medium.