Royal Enfield posted sales of 58,339 motorcycles in the month of June 2019, against the sales of 74,477 motorcycles for the same month last year. 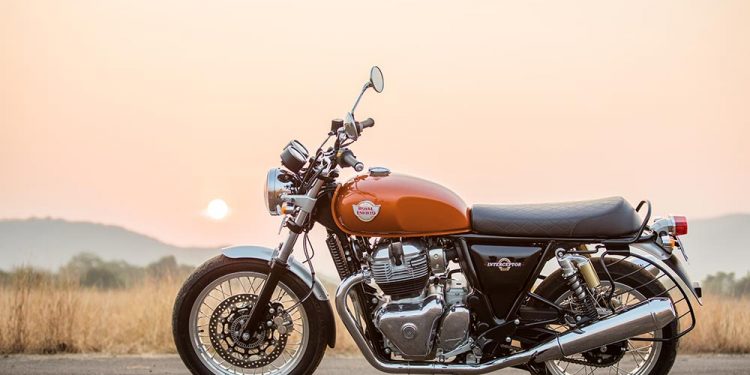 Royal Enfield organised a new ride – Chase The Sun, exclusively for its 650 Twin customers and was held from June 22 – 23. Chase The Sun was an opportunity for 30 Interceptor 650 and Continental GT 650 owners to experience the longest day of the year on their motorcycles. The ride began at dawn in Mumbai and from Pune and concluded at the west coast in Ganpatipule. This innovative ride gave an opportunity to the participants, to break away from the mundane and indulge in a very casual, offbeat yet an exciting escape. As an experience, it was unparalleled in providing the taste of both sunrise and sunset on the same day, in two different cities in India.

The second edition of Unroad Kerala took place from June 19th – 23rd at the picturesque location of Munnar, Kochi with 27 adventure motorcycle enthusiasts. This ride offers an adventure seeker, understand the versatility of his motorcycle and its capability to tackle challenging terrain and garnering a confidence to initiate exploration of one’s own backyard while instilling a sense of raw exploration.

To celebrate the spirit of camaraderie amongst riders, Royal Enfield with its community of riders and customers commemorated World Motorcycle Day on 23rd June, by conducting rides across Delhi, Bangalore, Kolkata, Pune, Hyderabad and Mumbai. Riders from each city took to the roads and delivered a social message about clean environment, safe riding and more. Over 200 riders participated in each city and rode along to mark the day dedicated to their passion for riding.

The second edition of Royal Enfield’s Unroad Goa is slated to take place from July 10th – 14th July in Chorla. The ride will offer motorcycle enthusiasts an opportunity the experience of riding off the beaten track. It introduces the riders to something more than touring on highways and nudges them to explore the lesser known parts of the countryside. Unroad also helps the rider understand the versatility of his motorcycle and its capability to tackle challenging terrain, thereby inspiring confidence in a rider to initiate exploration in one’s own backyard.

The 16th edition of Royal Enfield’s marquee ride, Himalayan Odyssey pays homage to and is a testament to Royal Enfield’s 60 years plus history of traversing some of the most inhospitable & highest terrains in the world. The 15-day ride will take 50 riders through off-beaten paths, invokes discipline, grit, concentration, teamwork & riding skills, will flag-off from Chandigarh on 6th July and will end 18th July, 2019.