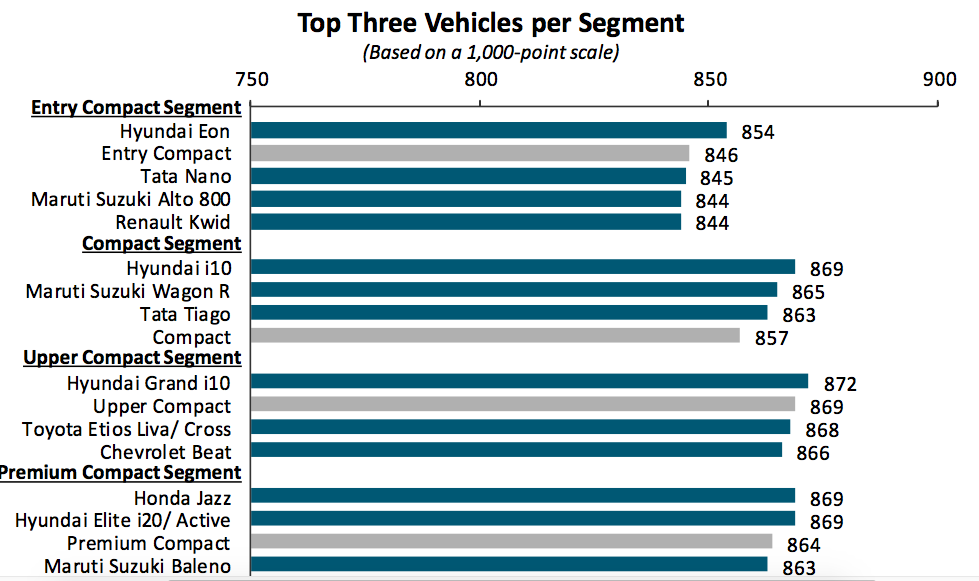 The proliferation of safety features such as anti-lock braking system and airbags and technology features such as hands-free connectivity are helping to boost the overall appeal of new vehicles in India, according to the J.D. Power 2016 India Automotive Performance, Execution and Layout (APEAL) Study,SM released today.

One of the areas automakers are focusing on is enhancing safety and technology features in their vehicles as a way to differentiate themselves from others,

In the past, these features were available only in vehicles of larger body types or in vehicles at the upper end of the price spectrum. Today, these features are commonly available in most vehicles, including those in the small car segments, providing new-car buyers, especially first-time buyers, with more value for their money.

More key findings of the study include:

Vehicle Interiors Become Quieter: There has been improvement in overall vehicle interior noise. The proportion of customers who are delighted (providing a rating of 10 on a 10-point scale) with the overall interior quietness of their new vehicle increases to 23% in 2016 from 19% in 2013. The average APEAL score among these delighted customers is more than 300 points higher than among those who are disappointed (providing a rating of 1 through 4) with overall interior quietness.

Reducing noise is likely to improve brand image and enable manufacturers to distinguish themselves from competition.