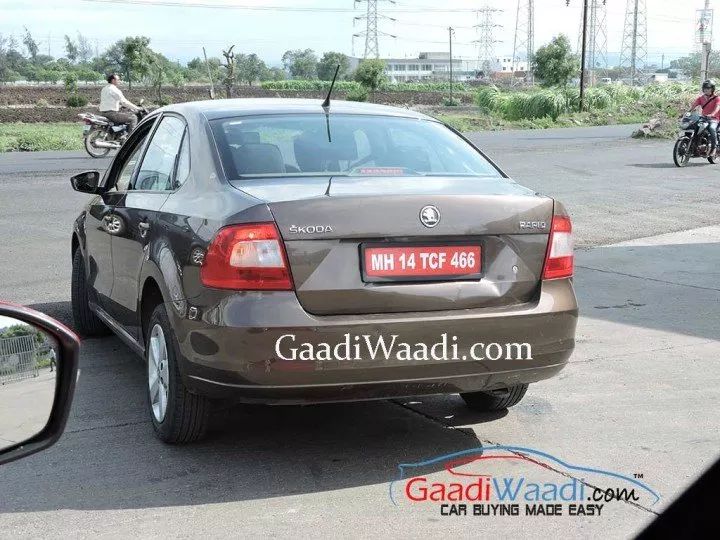 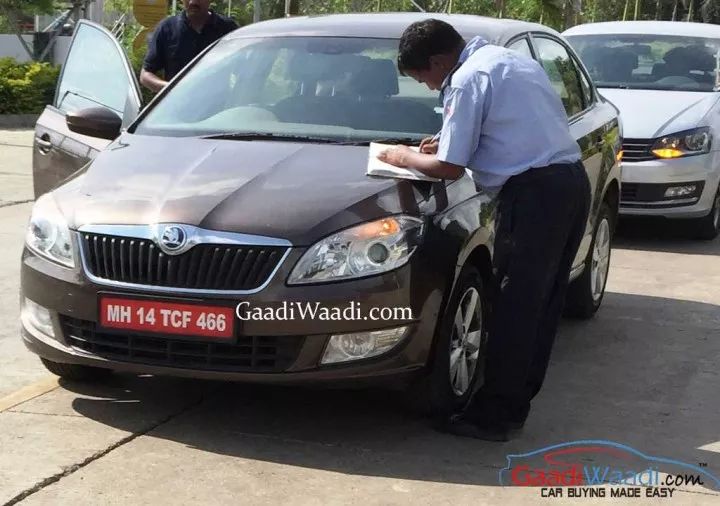 It has been a difficult year for Skoda in terms of sales figures. One of the Skoda’s important mid-size sedan – Skoda Rapid which was fairly performing well has also taken a set-back. On Internet, some of the new Skoda Rapid images have surfaced indicating the launch of next generation 1.2 litre TSI petrol engine equipped Skoda Rapid in India. This might enable Skoda to bring down its car prices, thus can result in improved sales. Here are some details about new Skoda Rapid 1.2 TSI:

The Skoda Rapid 1.2 TSI India launch is expected to happen during the festive season in this year.

The updated Skoda Rapid car would be powered by 1.2 litre turbocharged petrol engine which powers the Volkswagen Vento and Volkswagen Polo. Of course, Power output of Skoda Rapid 1.2 TSI remains the same as that of Volkswagen Vento which is 105 PS of peak power and 175 Nm of peak torque. While the Vento 1.2 TSI is mated with a seven speed DSG the updated Skoda Rapid shall come with five speed manual transmission gearbox. The TSI petrol might be sold along with the existing line-up of a 1.6 litre petrol and 1.5 litre diesel. There are possibilities that it could even replace the 1.6 litre petrol. The fuel efficiency of the car shall be similar to that of Vento that is around 18 Kmpl.

The launch of Skoda Rapid 1.2 TSI in India has not been confirmed yet as there is no official word from the company yet. Ot would be wise from Skoda’s part if it brings cheaper unit first to the market.