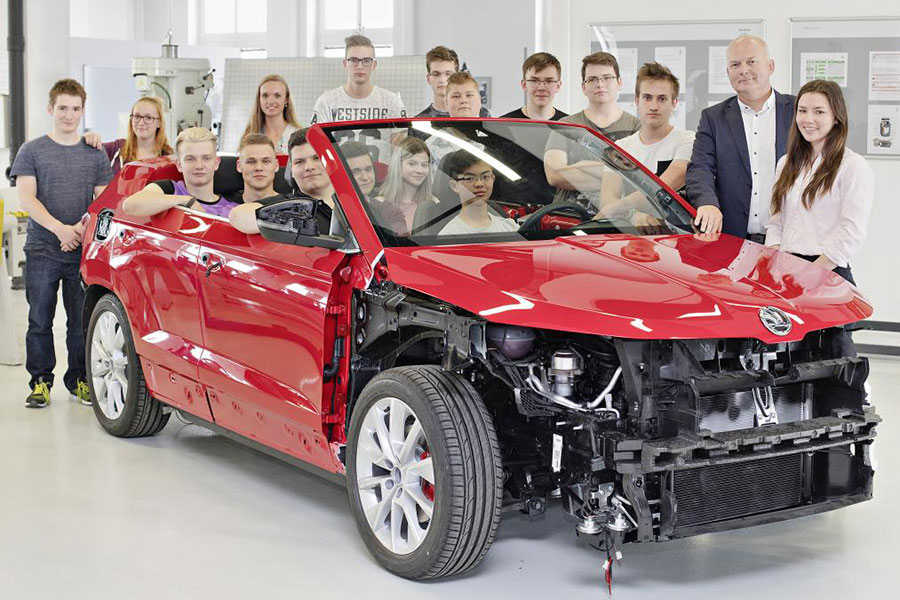 Students from Skoda’s Mladá Boleslav trade school have come up with a convertible SUV called the Skoda Sunroq – roadster based on the Karoq. The team of 23 students developed this open-top car as a rival to the Range Rover Evoque convertible in the crossover-convertible segment. It took them eight months to design and create this concept

The Sunroq will have Karoq’s five-seat layout and is powered by Volkswagen Group’s new 1.5-litre TSI petrol engine that allows this car to attain 0-100km/hr figure in 8.4sec . Top speed of the new crossover – convertible is 204km/hr. 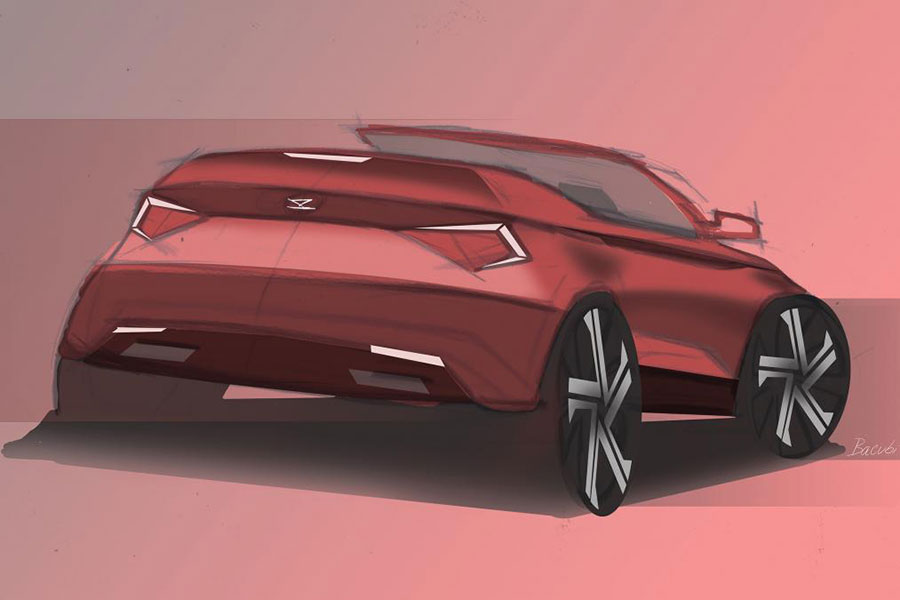 This  car is a permanent open-top roadster, with white and red leather interior . Other high-end installs include puddle lighting underneath the doors and an illuminated Skoda badge at the front.

The students, at the unveiling, said that they wanted to create a car that would appeal to the younger generation at first sight and that they’ve managed to achieve that with the Skoda Sunroq. 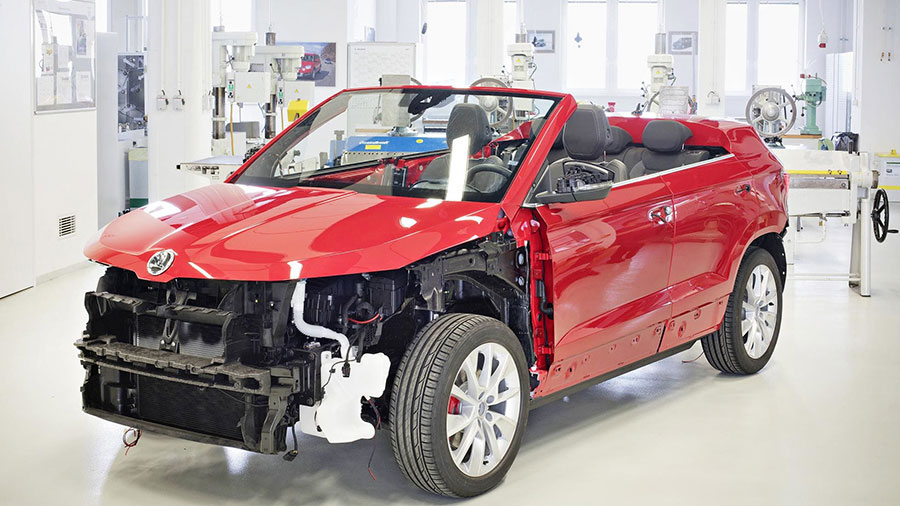 Skoda will not make  the Sunroq into production in this getup. However it will be exciting to see a Skoda -badged  Volkswagen T-Roc convertible which is schedule to launch in  2020 .