by Athul S
in Cars, Skoda
1 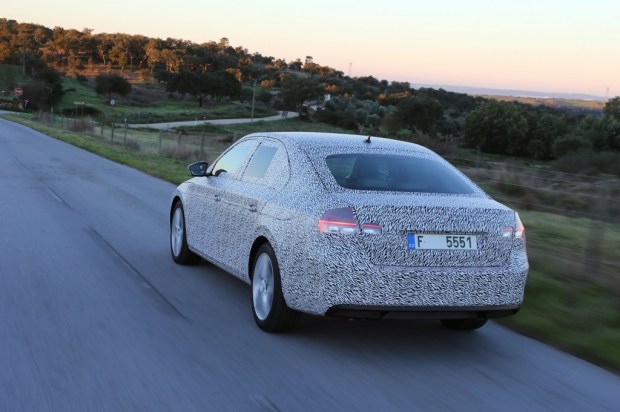 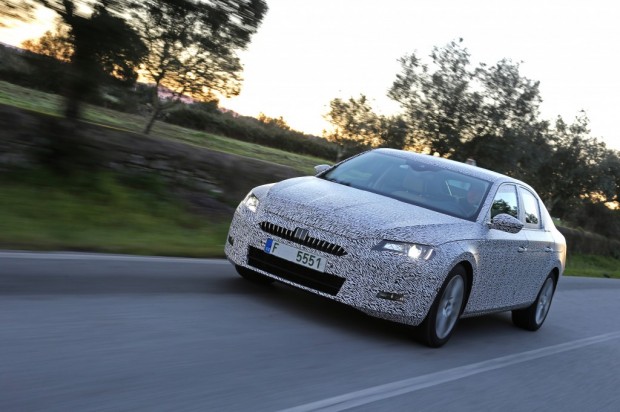 Yes, now its official from Skoda themselves after having revealed a camouflaged version of the next generation Skoda Superb with all the talks and speculations about the models launch which was in the news for quite a while now. SKODA being the name it has made a teasing approach to its 2015 Skoda Superb ahead of its global reveal early next year, ahead of it showing at the Geneva Motor Show. And the fact that camouflaged next generation 2016 Skoda Superb were recently released by the Czech manufacturer does create a lot of talk about the model with all its pre-release hype it has gained due to the obvious expectation it was bestowed upon by the buyers from various quarters.. And it is based on Volkswagen’s MQB platform and will feature a design language that will evolve from this year’s Geneva Motor Show exhibit, the Vision C concept.

The model does maintains new proportions, space, innovative technology, driving dynamics and build quality, the car has shifted to the upper end of the automotive mid-class. When it comes to details, they are very thin but the third-generation, range-topping Superb will offer a bigger boot and more room inside, too. Indeed, Skoda goes as far as saying it will set a new benchmark in the segment without a doubt. More than 700,000 first- and second-generation Skoda Superbs have sold around the world since 2001 beyond the fact that all car makers say good about their new cars. And when it comes to its interior, a report by Auto Forum says that the 2016 Skoda Superb’s cabin is more spacious now thanks to a slight increase in the overall length and width of the car. Boot capacity is increased to 625 litres with the seats up, and 1,760 litres with them folded down. 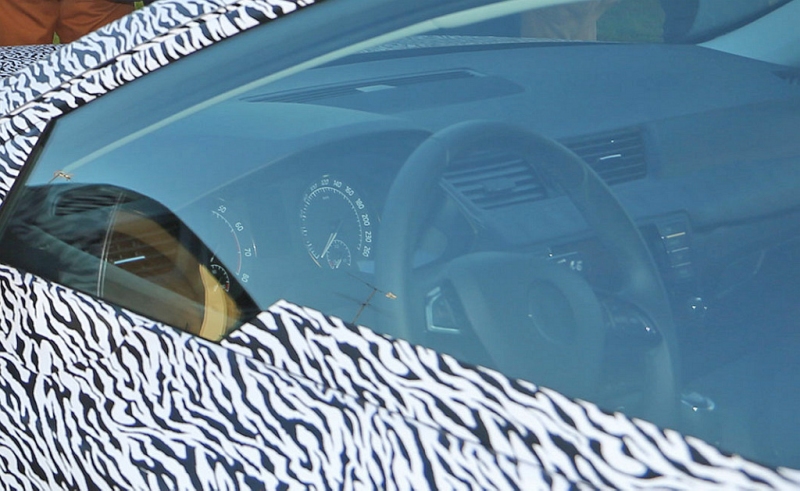 As per Skoda CEO Professor Dr.h.c.Winfried Vahland: “The new Skoda Superb is the best Skoda ever. This latest generation of our flagship will appeal to new groups of customers in the business and private sector. The qualities of the Superb emphasise the brand’s values and point to the future of Skoda,”  Same like what we will see in the upcoming Mercedes Benz E Class, the next generation Superb is also expected to get a wireless charging solution for mobile phones. And driver aids will include lane-departure warning and adaptive cruise control, while adaptive dampers will also be made available on the car.

The model will have its highly anticipated launch by next year February in Prague with its market launch supposed to happen by mid-2015 only, which will evoke interest in the buyers for sure along with its Indian launch right around the corner. We shall wait for further updates from the brand in the coming days itself. Keep visiting the blog. Good day…!! 🙂