Spotted Mahindra Arro could be cheaper than Centuro 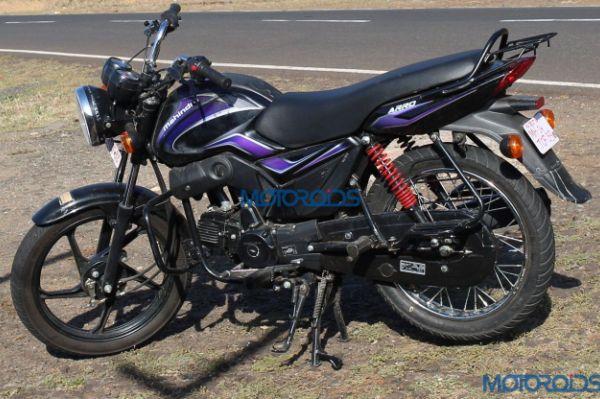 Photos captured by Motoroids reveals details on a new commuter motorcycle by Mahindra. The commuter bike was spotted sporting the name “Arro”. Mahindra Arro would be joining other commuter bikes line-up from Mahindra like Centuro, Centuro Rockstar and Pantero.

The brand Mahindra “Arro” is not completely new, the bike has been on sale in some of the export markets like Uganda. In India, Mahindra Arro could be sold as Mahindra’s most affordable motorcycle. The bike which was spied is a production-ready naked bike that comes with single-front headlight design, finished in chrome. The Dual meters of the bike are seen upfront on the instrument console and Mahindra also adds in a passing light switch. One can also spot the Orange-finished turn indicators.

Mahindra Arro also sports a long seat and what seems to be minimal luggage carrying capacity. It is expected that Mahindra could provide this bike with a 106.7cc engine, just similar to Mahindra Centuro and Mahindra Pantero.

The images here show that the Arro has a front alloy wheel and a rear spoked wheel which probably means that the bike will be offered in both variants. For suspension duty, the Arro gets telescopic suspension up front and dual shocks at rear finished in red.

It is also unclear when Mahindra would launch this particular motorcycle in India, and it is also possible that the motorbike could go through different testing phases to make improvements before it goes for production.

With this news, it looks like Mahindra is trying to concentrate in the entry-level segment of motorcyles targeting the audience who are looking for affordable bikes.