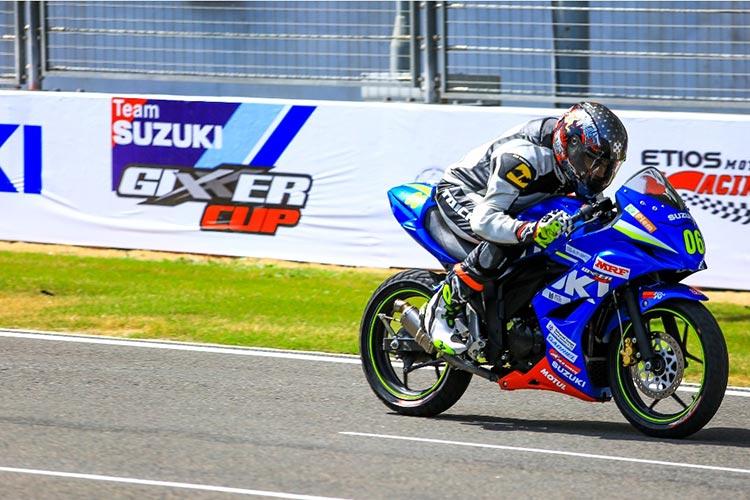 The Suzuki Gixxer Cup is a one make race championship organized by MMSC and approved by FMSCI which has been run over 5 rounds in Kari Motor Speedway Coimbatore, Madras Motor Race Track Chennai and now Buddh International Circuit Greater Noida. 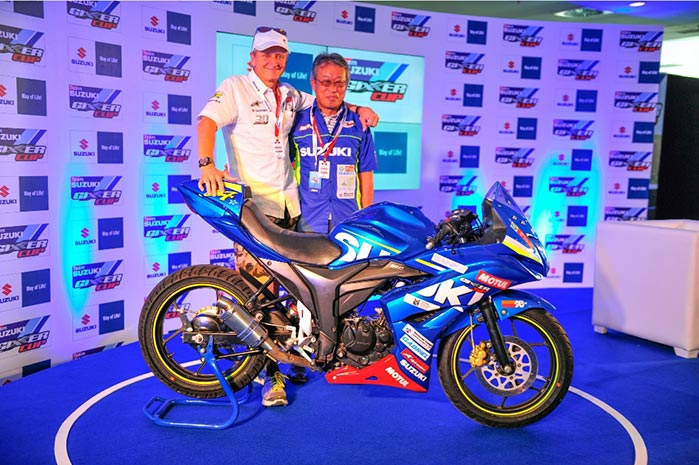 The BIC was a befitting venue for the grand finale which hosted the final 4 races of the 2015 Championship! More than 800 customers and fans rode to the circuit astride their Suzuki Gixxer motorcycles and populated the grandstands to watch the exciting races. They also participated in the hugely popular lucky draw where almost 200 prizes were given out to Suzuki patrons!

The Open category (Above 23 years) saw Meka Vidhuraj pull out his trump cards and take both the wins by a noticeable margin, leaving Kamlesh, Rajinikanth and Ananth Raj battling for their place on the podium. 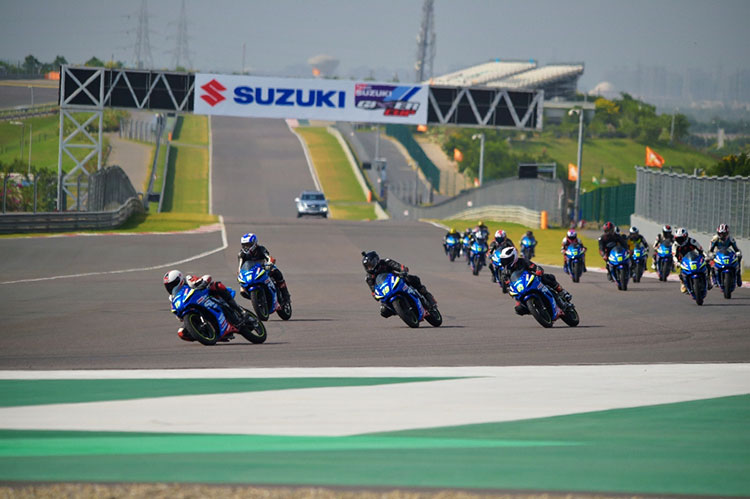 The Open Championship winner was Ananth Raj, who increased his margin over Abhishek V, who took Runner Up despite a crash in Race 1 and a mid-field finish in Race 2. Meka was the surprise holder of the 2nd Runner Up Trophy due to his successful stint in both races this weekend.

The Novice Races also had a double win by Vishwadev Muraleedharan, with Amarnath Menon coming 2nd and 7th in the 2 races. The rest of the podium spots were filled by Ajeesh, Simranjeet and Sebastian. 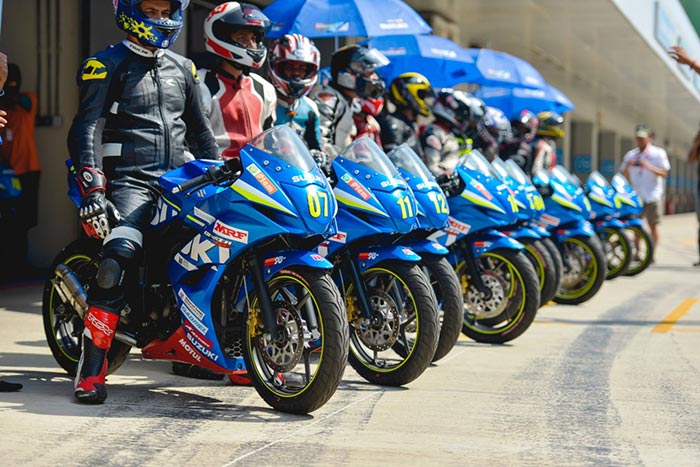 After a long and very close battle all season, the Novice Championship tilted in favour of Vishwadev thanks to his double victory, while Runner Up was retained by Amarnath by a comfortable margin. 2nd Runner Up was given to Sreejith, despite him not being able to attend the last round!

Both Open and Novice Champions go home with Suzuki Gixxer SF and Suzuki Gixxer motorcycles respectively, while the 2nd and 3rd positions take cash prizes of Rs. 20,000 and Rs. 10,000 each!

For Suzuki as a manufacturer to be involved and supporting a series like the Gixxer Cup, what an opportunity for kids that wanna race, that have the opportunity to come get on a bike and get on track. Suzuki are making it so cost effective for young kids to get on a bike. Anytime you’re riding a bike that’s prepared by a factory, you are being watched by them too. When you go fast and you dominate a race, there’s a lot of potential opportunity that could come to a bunch of Indian kids out of this program for sure.

This was my first time riding a Gixxer 150, and it was a lot of fun! I wish I could have done more laps on it. And riding a GSX-R1000 is always just unbelievable, it wheelies all the way down the straightaway at 200-220 on the back wheel, 290kmph down the back straightaway! The power, the handling, the ability of that bike is amazing!

According to Mr. Masayoshi Ito who is the Managing Director of Suzuki Motorcycle India Pvt Ltd said in a press statement,

We end the Suzuki Gixxer Cup 2015 on a high note and a feeling of immense satisfaction! Not only have our Gixxer SF motorcycles performed extremely well, the riders who have raced with us through the season have also grown as racers and we all are surely going to take home many fond memories from this first season. The entire SMIPL family has worked hard to make this event a grand success and witness to the fact is the grand finale in the esteemed company of none other than legendary World Champion Kevin Schwantz! The Suzuki Gixxer Cup 2015 has been an amazing experience for Team Suzuki as well as all the riders, crew members and organizations that were a part of this project! We can’t wait to be back for the next season in 2016!