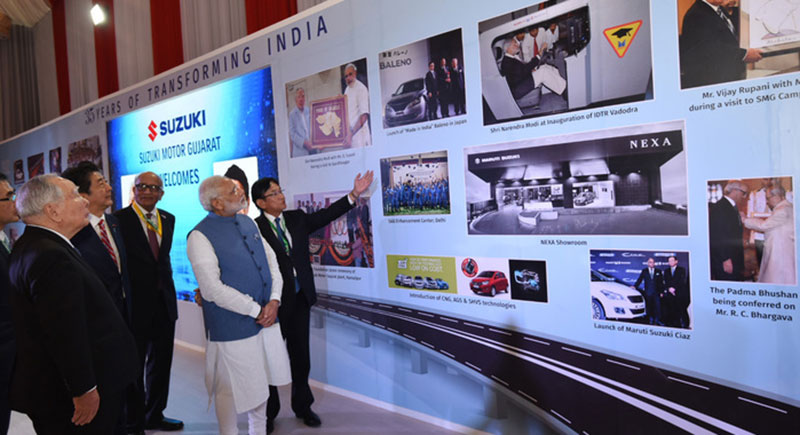 Suzuki announced that it will be making electric and hybrid cars in India for the world. Suzuki laid foundation stone for India’s first Lithium Ion Battery Plant. The Japanese Prime Minister Shinzo Abe made a visit to Ahmedabad of Gujarat and had a discussion with Indian Prime Minister Narendra Modi Today on increasing the investment and co-operation between the two nations.

In the fiscal year 2016-17, Japanese investment in India was valued at $ 4.7 billion and 80% more than in previous year, making Japan the 3rd largest investor in India. Suzuki Motor Corporation, which currently has 56.21% stake in India’s largest car manufacturer Maruti Suzuki India, has now announced the expansion of its manufacturing capacity at its plant in Hansalpur, Gujarat. Suzuki lays foundation stone for India’s first-ever lithium-ion battery manufacturing plant. 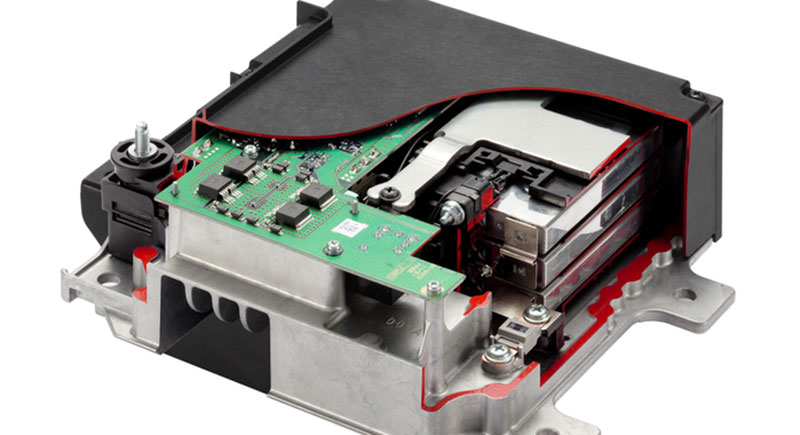 With a workable Joint venture between Suzuki Motor, Toshiba and Denso, these companies will be working hand-in-hand for making electric and hybrid cars in India for the world.

Suzuki has invested around $530 million (INR 3,348 crore) in its first assembly line at the Gujarat facility, and a total of $180 million (INR 1,137 crore) has been invested between Toshiba, Denso and Suzuki for the lithium-ion battery manufacturing plant which is expected to be ready by year 2020.

How does the deal work? The manufacturing operation will make use of cell modules from Toshiba, the technology platform and expertise will be provided by Denso. The Equity stake for this JV is like as follows

Suzuki Motor Corporation, which is the main key player for this ambitious Joint Venture is looking forward to take an advantage of manufacturing lithium-ion batteries in one of its key global market – India. Indian Government is also very keen to have the greater adoption and implementation of electric vehicles (EVs).

The upcoming lithium-ion battery plant in Gujarat shall manufacture and supply the batteries and is strategically aligned to focus on all-electric mobility in India by 2030. Maruti Suzuki India is going to be ultimate gainer from this Joint Venture.

Your company will not hold back in the segment. As soon as we can determine the customer preference, we will come up with such models. In the meantime, focus will be to increase fuel efficiency (in current models) and bring in new technologies.

We’ve commissioned the first assembly line (250,000 units) at the Gujarat plant. Work is underway on the second and third lines.

We need to reduce dependency on energy imports, hence this is a timely move on technology but we need conducive policies. While the government has to enable mass scale electric mobility, the auto industry has the responsibility of making electric vehicles acceptable to existing vehicle users in the Indian market. We have to move towards larger use of EVs and as an industry we should encourage them.

The electro-mobility in India shall increase in India and the export of IC engined-vehicles would continue to certain markets like Africa and other oil exporting countries where EVs are not promoted yet.