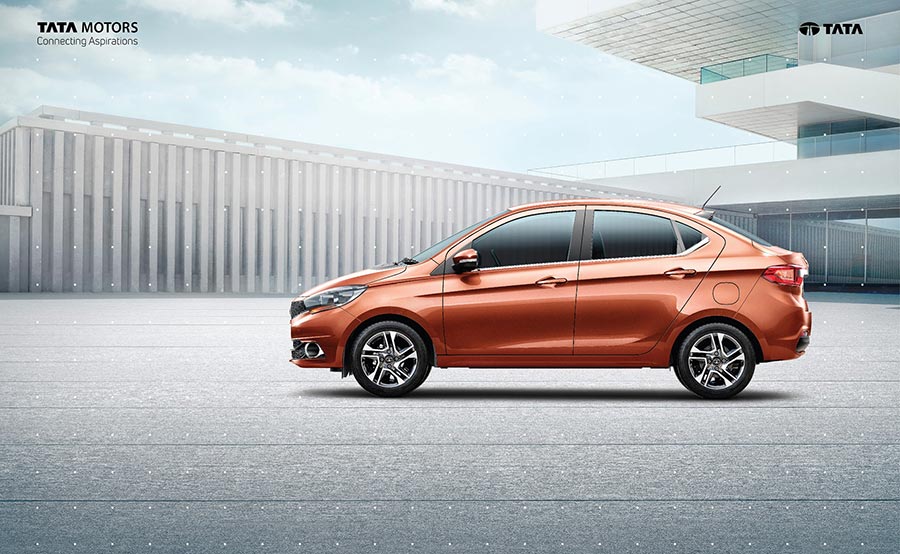 Tata Motors Limited, a leading global Automobile manufacturer today announced strong sales numbers in November 2017 continuing its turnaround trend of the past few months. The Commercial and Passenger Vehicles sales performance in domestic market in November 2017 was at 52,464 units, a growth of 58%, over last year due to growing demand across segments, introduction of new products and strong customer initiatives.

Tata Motors’ Commercial Vehicles sales in domestic market in November 2017 were at 35,307 units, a growth of 72% compared to 20,538 units in November 2016. The commercial sector has bounced back strongly after the initial disruption in the market, surrounding demonetization and the BS4 transition that largely affected the transport industry last year. Consumption driven sectors have shown an uptick in sales, since July 2017 and continue even after the festival season. The increased demand for vehicles across segments and production ramp-up of the new range of BS4 vehicles has given a strong boost to the overall sales growth. The cumulative sales performance of commercial vehicles in domestic market, grew by 11.5%, over last year and continues to grow month on month.

The M&HCV trucks segment was at 12,851 units, higher by a strong 88%, over last year led by the sustained increase in production as well as the strong customer acceptance of the superior range of Tata Motors’ BS4 vehicles. The sales growth was also driven by the success of Tata Motors’ innovative SCR technology, which has been well accepted by customers. Increased demand for the new tonnage vehicles, infrastructure development led by government funding and keen focus on customer requirements has helped reviving the M&HCV performance.

The I&LCV truck segment at 3,984 units grew by 76% over last year driven by the performance of new product introductions and continued demand.

The pickup segment sales grew by 53%, over last year at 4,685 units as the recently launched Xenon Yodha continued to gain acceptance and volumes across markets. The SCV sales at 10,265 units, witnessed a growth of 77%, over last year at the back of strong response to Mega XL range. The commercial passenger carrier segment (including buses) were at 3520 units, grew by 36.5% over last year.

In November 2017, Tata Motors Passenger Vehicles sales performance was at 17,157 units, growth of 35%, over last year. This was led by the strong growth momentum of new generation Tata cars. To meet the growing demand of its recently launched compact SUV, Tata Nexon, Tata Motors has ramped up its production and in November 2017, the company rolled out the 10,000th Nexon from its Ranjangaon facility.

Cumulative sales growth of Passenger Vehicles in the domestic market for the fiscal (April-Nov 2017) were at 115,049 units, a growth of 13% percentage, compared to 101,712 units, in the same period last fiscal.

Tata Motors domestic Commercial Vehicle business grew by 72% over last year on the back of strong product portfolio across segments and a further ramp-up in production. The M&HCV segment grew by 88% over last year due to increasing customer acceptance of the Tata Range of BS4 vehicles with superior SCR Technology, infrastructure development led by government funding and a move towards higher tonnage vehicles leading to an increased demand for our newly launched 49T in tractors and the 37T multi axel trucks, supported by a sustained increase in production. While ILCV trucks grew by 76% over last year, the SCV Cargo segment witnessed a consistent strong growth of 69% over last year with continued acceptance across markets for our Tata Xenon Yodha and Ace Mega XL. The commercial vehicles industry has significantly improved and the sector has bounced back strongly after the hiccups surrounding the BS4 transition, GST implementation and demonetization that impacted the transport industry.

On the back of good demand for our new generation cars – Tiago, Tigor, Hexa and our recently launch compact SUV, Nexon, we continue to maintain a robust growth trajectory and have grown by 35% in November 2017. Keeping the growing demand in mind, we have ramped up production of the Nexon and recently rolled out the 10,000th Nexon from the assembly line. We will continue our efforts to meet the growing demands and provide the best in class services to our customers.