Tata Motors to have more SUVs in its upcoming product lineup

Tata Motors' future product line-up is here and its full of SUVs! 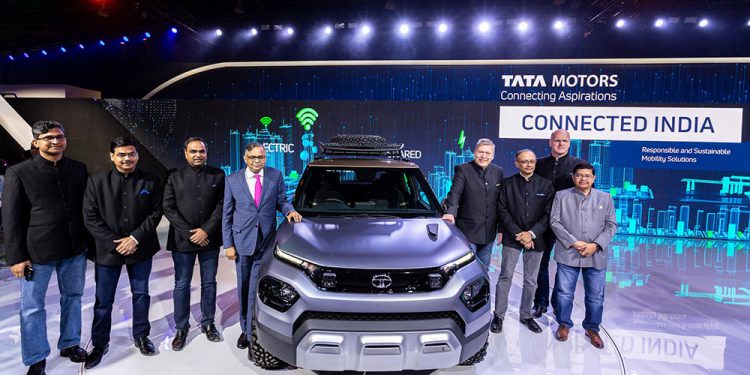 What is going to be the next plan for Tata Motors? There is lots in store, as Tata Motors reveals its upcoming product line-up – most of them being SUV. Read on..

The HBX will be Tata Motors’ first subcompact UV.

Unveiled at the Geneva International Motor Show, the Tata HBX made its first appearance as the H2X concept in 2019. One year later, this very concept has been shown as the HBX at the Auto Expo 2020. Although Tata Motors showcased other concepts at the expo, the HBX is 90% close to the actual production car. With its rugged and adventure ready look, HBX is all set to raise the bar for driving enthusiasts.

The Gravitas is the first 7-seater to be built on the OMEGA ARC.

The Tata Gravitas is the second car to be built on the OMEGA architecture, following the successful debut of the Harrier last year. Based on the IMPACT 2.0 design philosophy of Tata Motors, the Gravitas is an accurate representation of the delivery parameters that Tata Motors stands for – design, space and premiumness. The Gravitas is set to be launched later this year.

The HBX is the smallest car to be built on the ALFA ARC.

After the launch of the premium hatchback Altroz – the HBX concept becomes the second model to be based on Tata’s new ALFA (Agile, Light, Flexible, Advanced) architecture. This micro SUV concept will be positioned below the Tata Nexon.

With the impending launch of the HBX, Tata Motors will have an SUV in every segment.

With the scheduled launch of the production version of the HBX in the next financial year, Tata Motors is slated to have an SUV in every segment. This wide array of exciting products also consists of the Nexon in the compact category, the Harrier in the midsize SUV category and the Hexa along with the soon-to-be launched Gravitas, in the large SUV segment.

Porsche Turbochargers – The History you must know