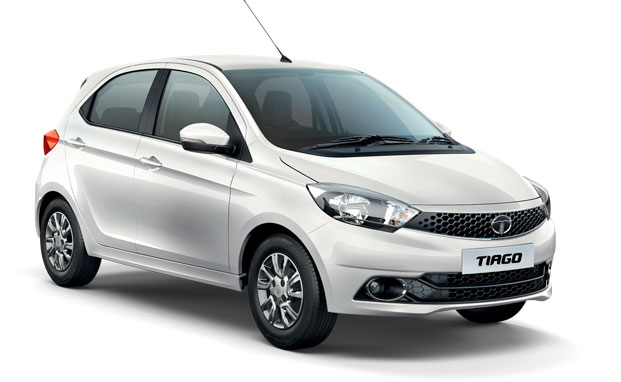 The all new Tiago hatchback is selling well in India. In the market, Tiago is offered in both petrol and diesel options and comes with only manual transmission gearbox. Tata Motors is not new to AMT technology – in the past Tata has brought their two important cars Nano and Zest in AMT versions.

While we know Tiago AMT is something which Tata Motors will be eager to launch, AutoCarIndia has already captured few pictures of Tiago AMT which was spotted testing in India. The AMT version of Tiago that comes without a clutch will be launched during the festive season this year. 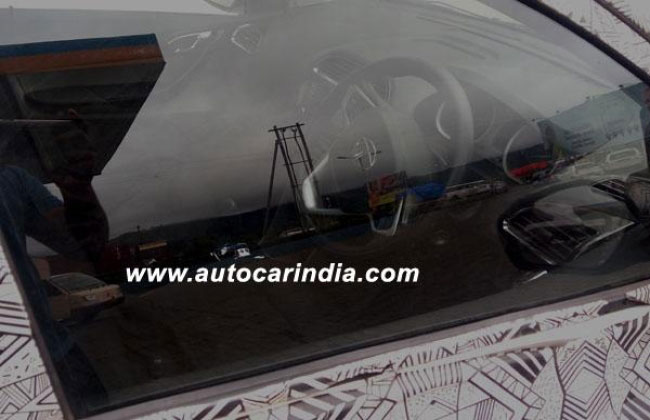 Tata Tiago’s bookings have already crossed 22,000 mark and more than 85% of the cars which are booked so far are of petrol version. Marking it as a special occasion, Tata Motors rolled out their 10,000th Tiago from their Sanand plant which is in Gujarat last month.

The company is also set to introduce Tiago Aktiv, which is a pseudo-crossover which got first displayed at 2016 Delhi Auto Expo in February. It is good to see Tata Motors is fully geared up in introducing new models based on Tiago.

Talking about Tata Tiago AMT, the company will be first launching the petrol AMT version and later will bring the diesel version of the car. The Automatic Tiago AMT could borrow few features like creep function from Nano GenX, which assists the driver to move in a slow pace without making use of accelerator pedal.

Under the hood, the AMT version of Tata Tiago would remain the same — the petrol version of Tiago would be powered by 1.2-litre 3-pot Revotron which churns out 85PS of power and a max torque of 114Nm. Tiago is offered in diesel variant which is powered by 1.1-litre Revotorq petrol engine that churns out 70PS of power and 140Nm of peak torque. Both the petrol and diesel engines of Tiago are mated to a 5-speed manual transmission gearbox.

You can expected Tata Tiago AMT to be aggressively priced similar to that of manual version.