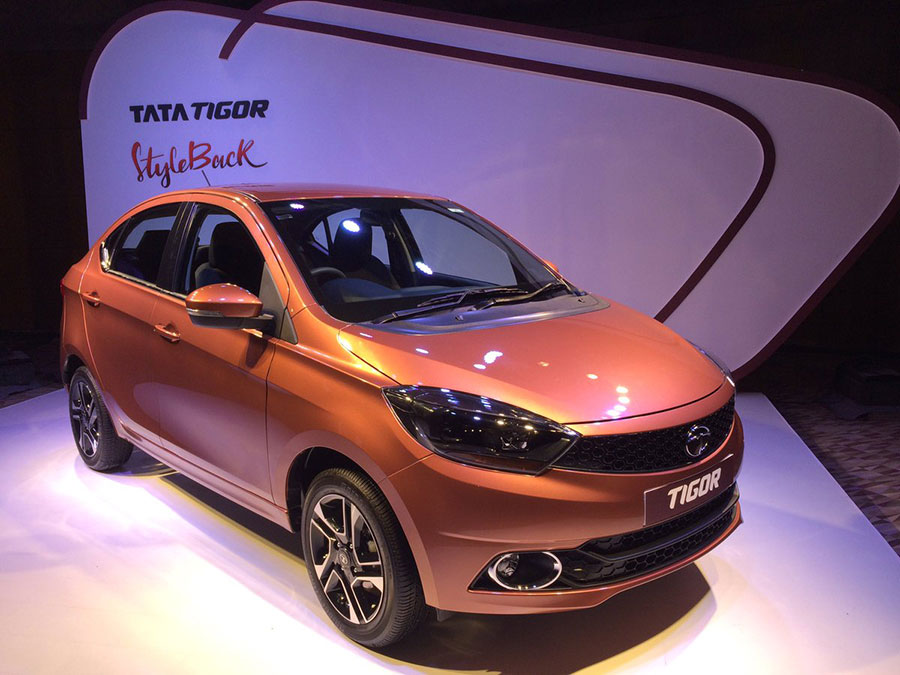 The launch of Tata TIGOR is confirmed to happen on 29th March 2017 and the photos of TIGOR sedan is floating across the Internet, thanks to Tata Motors’ “StyleBack” Media drive that happened yesterday(16th March 2017). While the official launch of Tata Motors‘ brand new STYLEBACK TIGOR is pending by end of this month we already have specifications and feature details of upcoming TIGOR. 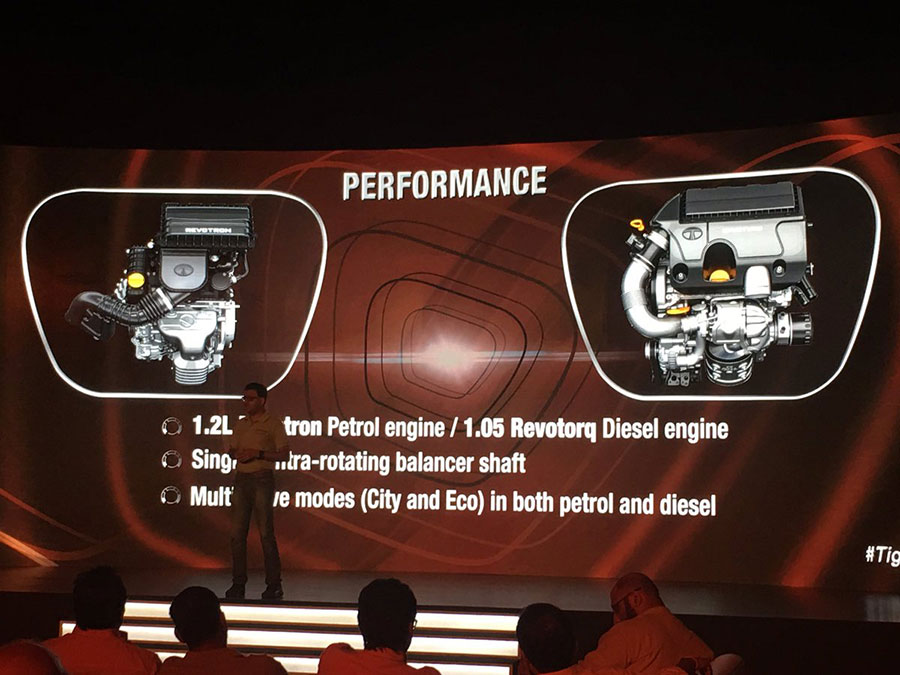 The all new Tata TIGOR is made available in 2 different engine options – petrol and diesel. The petrol variant of Tata TIGOR will be powered by 1.2-litre, 3-cylinder Revotron engine – which delivers a maximum power output of 84 bhp at 6000 rpm and 114 Nm of torque at 3500 rpm. 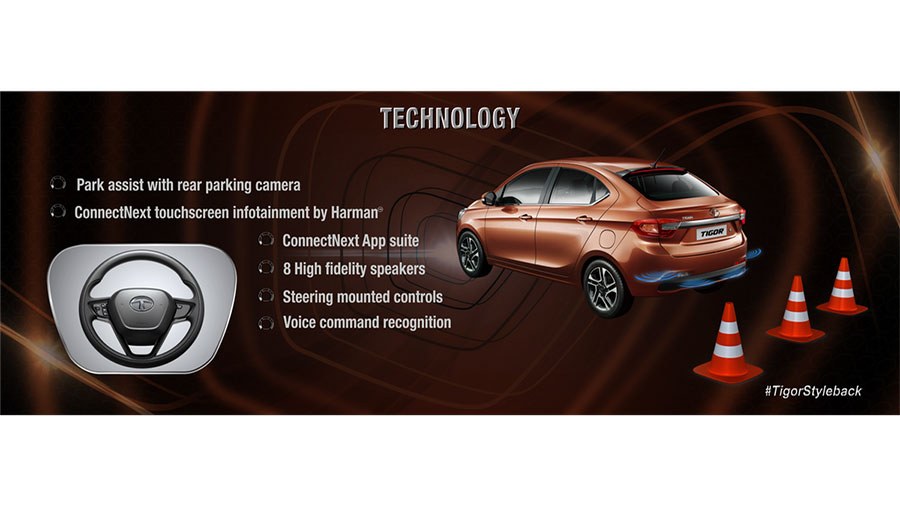 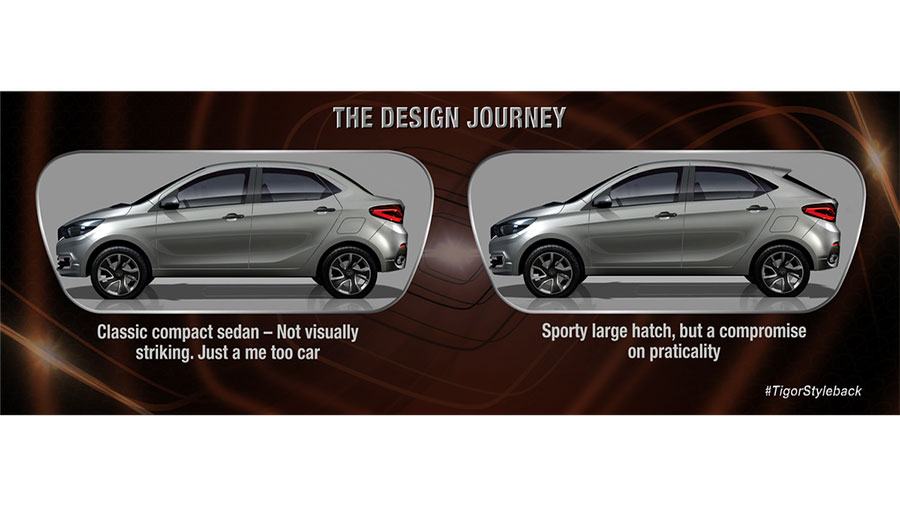 The all new TIGOR sedan from Tata Motors will be measuring 3992 mm in length, 1677 mm in width and 1537 mm in height. What is the ground clearance of Tata TIGOR? It is 170mm. Tata TIGOR’s wheelbase measures 2,450 mm. What is the boot space capacity of Tata TIGOR? TIGOR can accommodate good amount of baggage as the bootspace is wide enough which is 419 litres. The petrol version weighs 1,062 kg, while the diesel tips the scales at 1,130 kg. 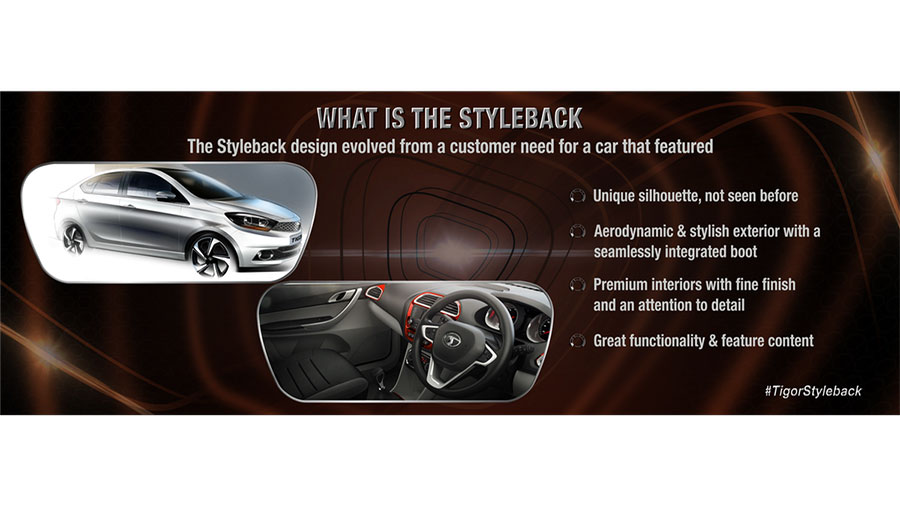 Here we list some of the important features which the Tata TIGOR will be getting: 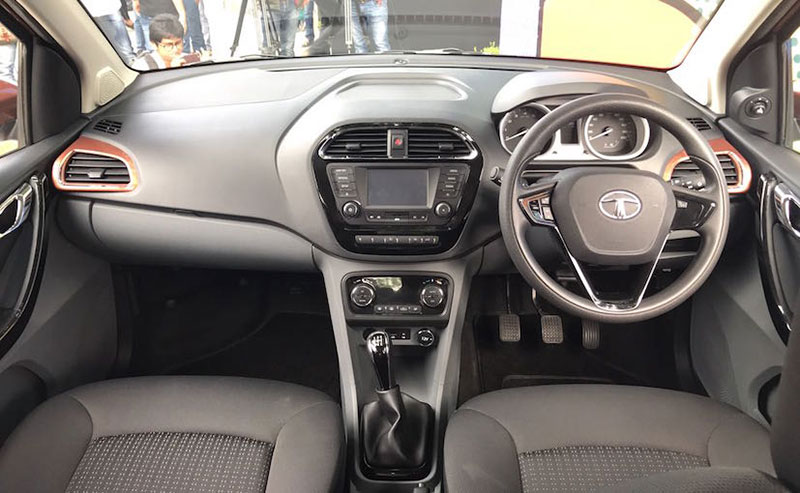 The interiors and dashboard layout of TIGOR is completely taken from Tiago hatchback. In addition to that, TIGOR will be getting features like new touchscreen infotainment system, rear camera, voice recognition with ConnectNext app suite and more. The audio speaker system inside TIGOR will be of 4-speaker – 4-tweeter setup. Other interior features of TIGOR include automatic climate control, center arm rest at the rear and cup holders. Just like in Tiago, TIGOR will be getting 24 different utility storage space across the cabin of the car. 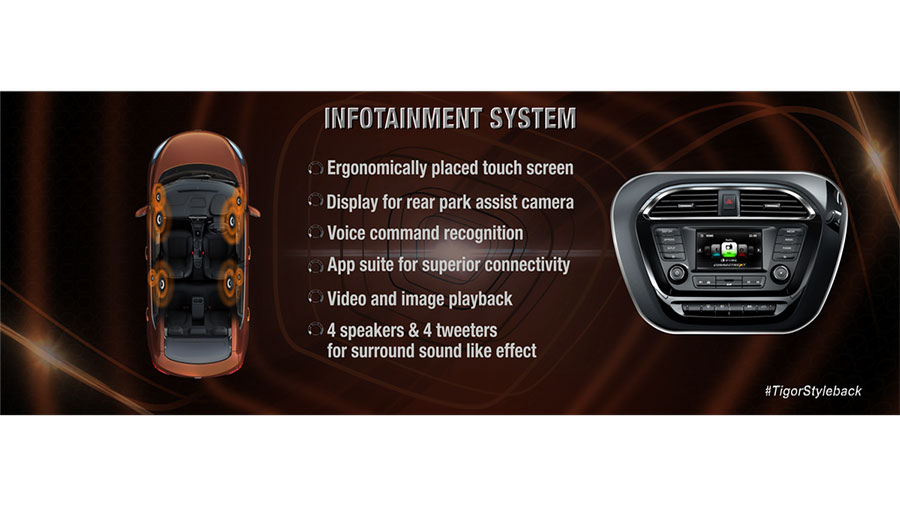 With an appealing “Styleback” design, TIGOR’s rear body has a unique styling in it (Check Photos). Some of the other exterior features of TIGOR include Headlamps that comes with projector lights, fog lamps and ORVM integrated LED turn indicators. TIGOR will be also getting LED taillamps and roof-mounted stop light.

We can expect similar colors offered for Tata TIAGO to be present for TIGOR  as well. Two prominent colors – Brown and Silver were shown during the media drive. Check all Tata TIGOR Colors. 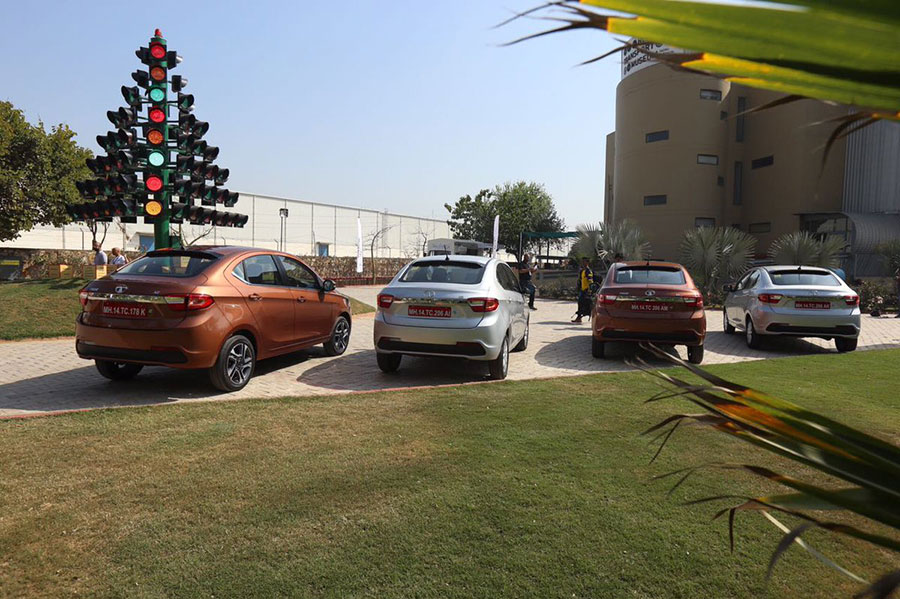 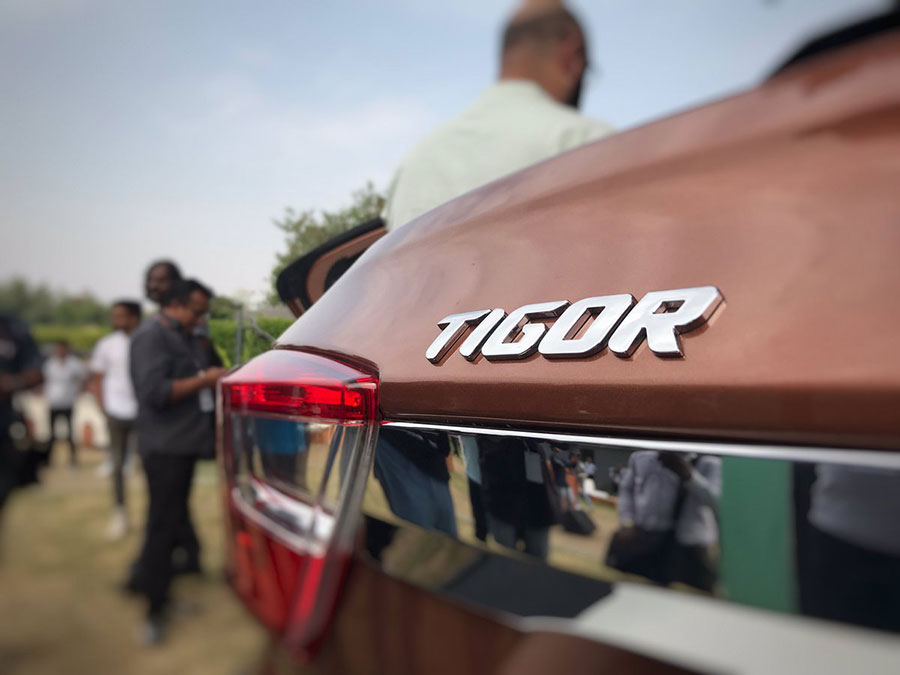 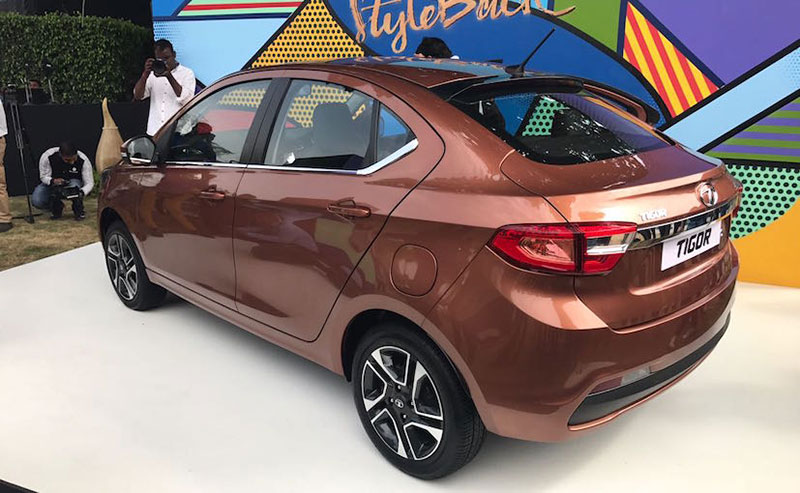 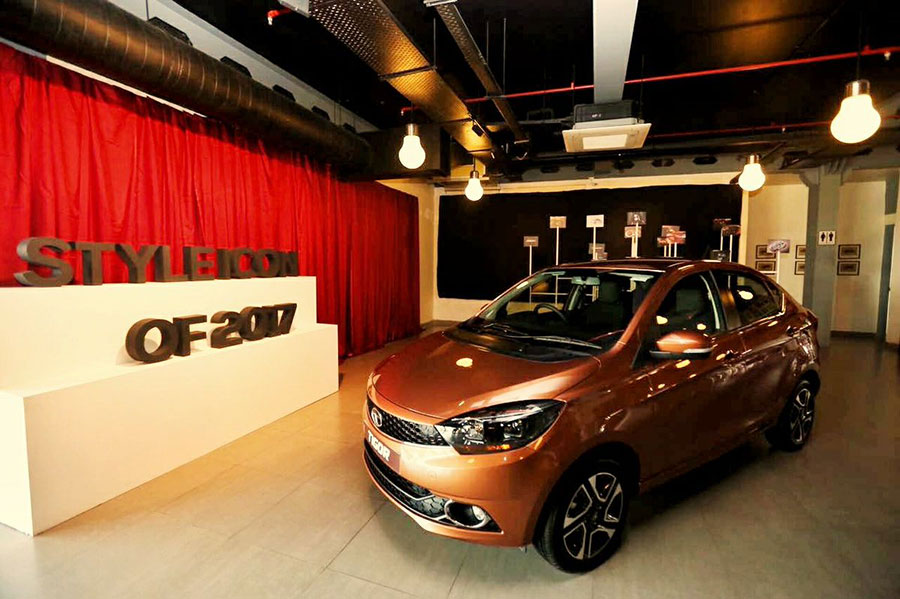 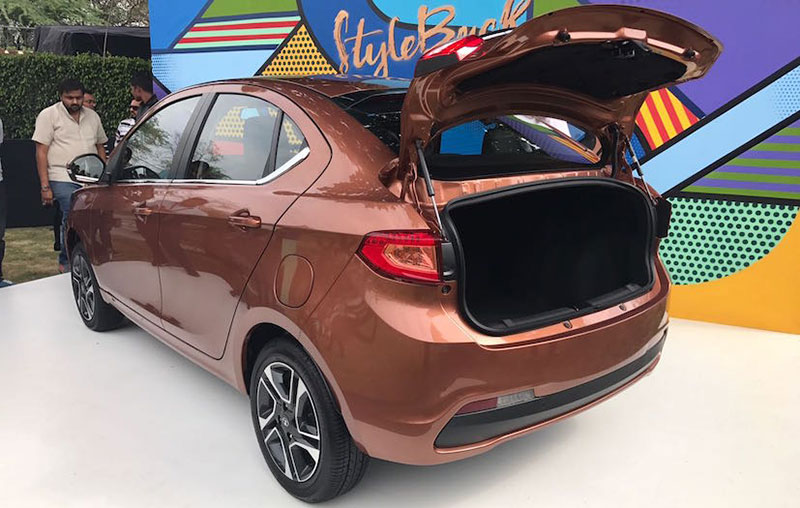