Mahindra has handed over 92 Mahindra TUV300 SUVs to the Kolkata Police. 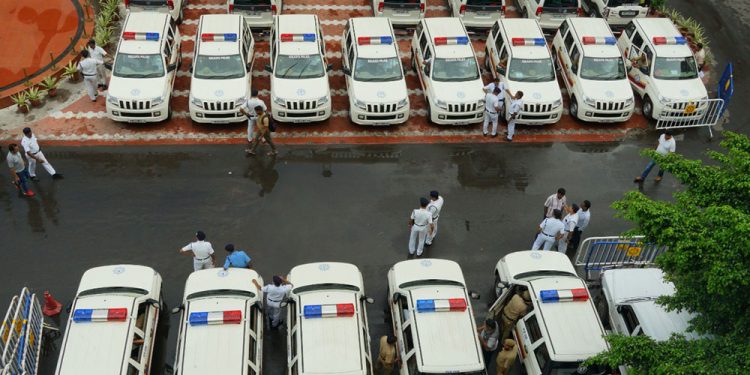 Mahindra & Mahindra Ltd. (M&M Ltd.), part of the USD 20.7 billion Mahindra Group has announced that it has recently handed over 92 Mahindra TUV300 SUVs to the Kolkata Police. Out of these 92 vehicles, 58 were flagged-off on August 29th, 2019. Kolkata Police is amongst the 13 other police departments to add Mahindra TUV300 to their fleet.

These Mahindra TUV300s are specially customized as per requirement of Kolkata Police. TUV300 is powered by a 1.5-litre mHawk diesel engine that puts out 100PS of power with 240Nm of torque. This particular variant can seat seven. The TUV300, thanks to its compact dimensions, is becoming increasingly popular in the government fleet and private sectors alike.

Mahindra SUVs have a long-standing association with the Police forces in India, with vehicles such as the Bolero, Scorpio and the TUV300. The TUV300 is the only sub 4M compact SUV that comes with a 7-seater layout, in addition to its bold true blue SUV design.

In fact, multiple Police Forces are now inducting the TUV300 and TUV300 Plus which is a 9-seater in their respective fleets for patrolling.