Toyota Innova Crysta and Fortuner continues its supremecy despite slow-down 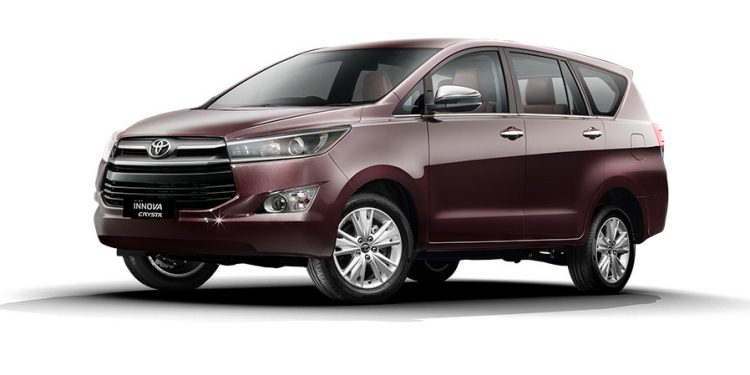 Staying strong by its ‘Customer First’ philosophy over the last two decades, Toyota Kirloskar Motor has introduced serval products and services, setting new benchmarks and creating lasting bonds with its customers. While the Innova has been the undisputed leader in the MPV segment, known for its luxurious features, comfort, safety and powerful performance, the Fortuner with its bold design and imposing presence has distinctively given a new dimension to the driving experience, winning hearts across the country.

“At TKM, we have always strived to listen to our customers’ voice and offer products and innovations that align with their ever-evolving needs. The Innova and Fortuner have been significant milestones in our journey of two decades in India. We are overwhelmed with the sales performance and truly appreciate the phenomenal response we have received from our customers over the years.”

“Thanks to this response and the confidence entrusted in the products, regardless of the ongoing slowdown, both the brands have been able to hold their respective segment leadership and continue to cater to the changing requirements of our customers.” he added.

The Innova often referred to as the segment creator, has maintained a leadership position since its launch in India way back in 2005, continuing to be the most preferred MPVs in the country. Moreover, the 2nd Generation Innova – Innova Crysta also received a warm welcome from the customers during its launch in 2016. Earlier this year, in order to smoothen the transition to BS-VI, TKM introduced the BS-VI compliant Innova Crysta at an introductory offer for limited time period.

Known for its compelling design and strong identity, the Fortuner has achieved a cult status in the SUV segment ever since its launch in 2009. Sought-after for both off-roading and city driving, the Fortuner unbeatable performance and great riding comfort has made it the undisputed choice among SUV owners in the country. Even during the recent degrowth being faced by the industry, Fortuner has continued to hold its segment leadership share in the medium SUV segment.