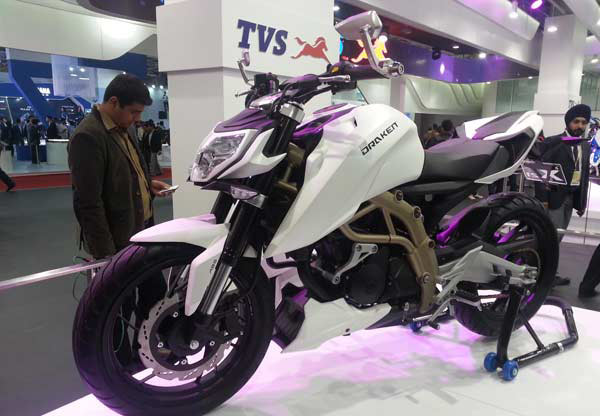 The all new TVS Apache RTR 200 is highly anticipated in the Indian market, owing to the growth in the supersport segment. The TVS Motor company is going to develop the motorcycle from the ground-up. They made an announcement that they are teaming up with BMW Motorrad to develop bikes for emerging markets. Apache RTR 200 continues being a naked street fighter and will not be going the full-fairing route anytime soon. The new motorcycle will look completely different from the existing Apache range and will sport a new bikini fairing, headlamp, engine unit, and several new components as well.

The all new TVS Apache RTR 200 is powered by 200cc that is capable of churning out a maximum power of 30 bhp. It is a single-cylinder, liquid cooled engine which is mated to a 6-speed manual gearbox. The bike provides you ABS ( Anti-lock braking system) as an option with their motorcycle. It is very likely that new Apache RTR model is going to be showcased at 2016 Auto Expo. The all-new Apache RTR 200 is scheduled to be launched by middle of 2016 in India and shall be introduced in different international markets

The pricing of TVS Apache RTR 200 is expected to be around Rs. 1 lakh ex-showroom for the model without ABS.