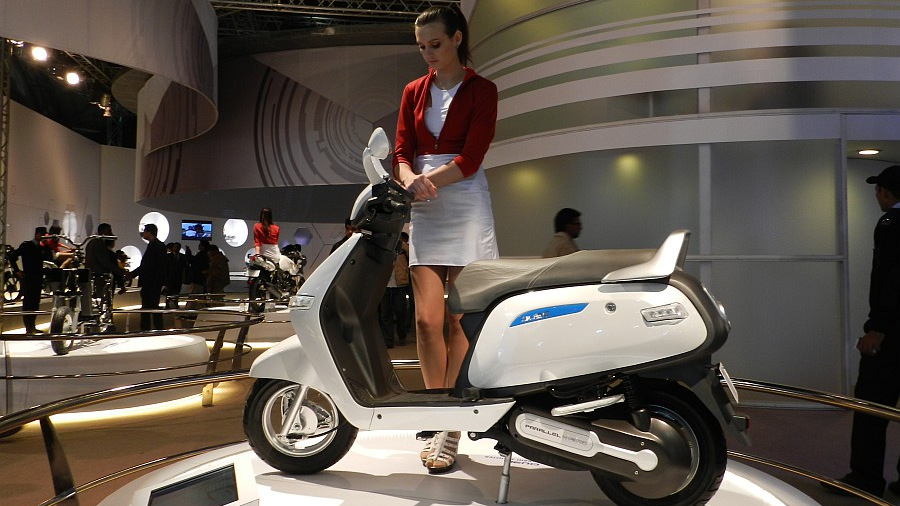 The upcoming TVS iQube 110cc Hybrid scooter -India’s first hybrid electric scooter is expected to launch on August 23rd . It was earlier showcased at the 2010 Auto Expo.  The TVS iQube Hybrid Scooter will be eligible for availing excise duty benefits. Thanks to the Government of India’s FAME India scheme that facilitates the faster adoption and manufacturing of hybrid and electric vehicles .

While the Electric scooter runs fully on an electric motor, hybrid scooters use their electric motors just for ignition and the initial acceleration. It is a combination of the petrol and hybrid engine, which is more efficient too . The hybrid model comes with a 110cc petrol along with a electric motor engine with a 4-speed transmission and a lithium-ion batteries of 150 Wh and 500 Wh option . It is said that the hybrid system comes with a brake energy regeneration that recharges the battery.  It will come with multiple driving modes including Hybrid Economy and Hybrid Power. The mileage is estimated around 70 KMPL. 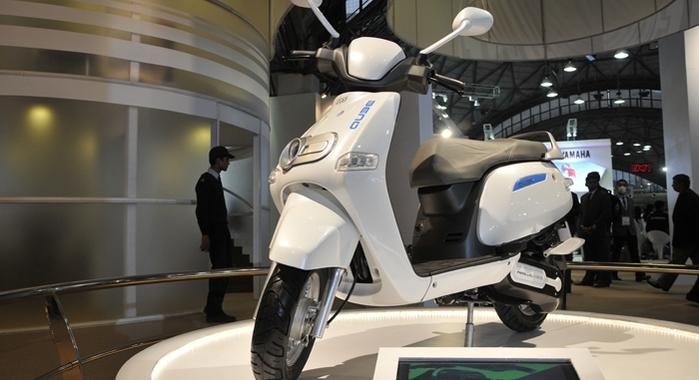 When the speed goes below 20kmph, the scooter will run on an electric engine. As soon as the speed increases, the petrol motor takes over the scooter. This helps in increased and maintained fuel efficiency. The TVS iQube will take on   recently launched Ather S340 and 450 and the upcoming Hero Electric scooters. Since the GST rate on extra battery has been reduced to 18% from 28 %, we all expect the upcoming TVS iQube 110 cc to be priced much cheaper than the Ather which retails at 1.2 lakhs .