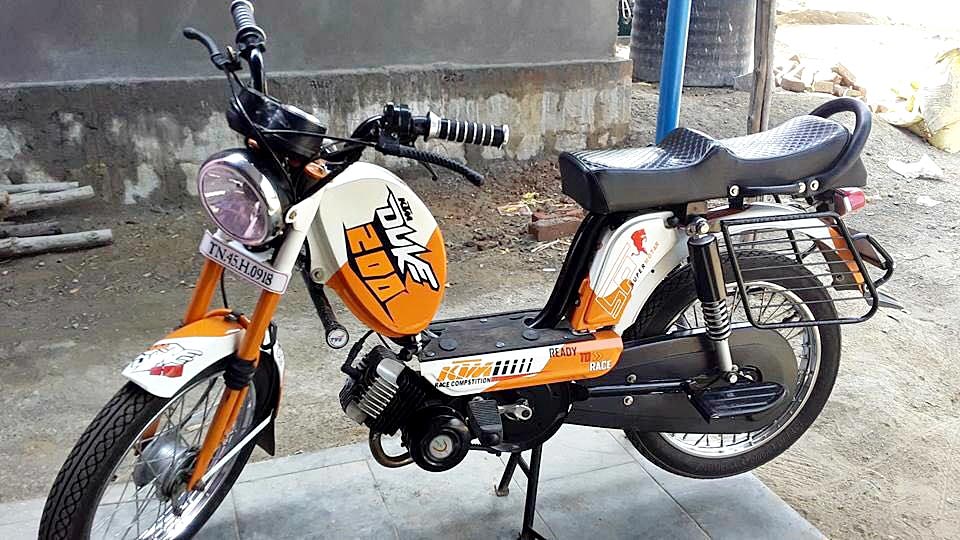 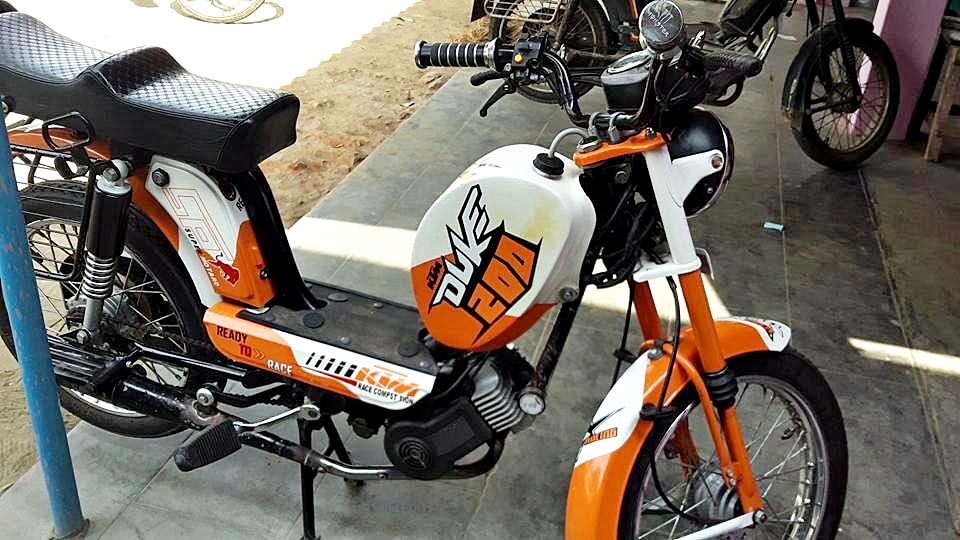 We have seen motorcycle enthusiasts put their time in doing modifications for their silencers, tyres to increase the performance and some doing appearance wise mod like additional of fairing, stickers, accessory upgrades etc, but here is an interesting modification to TVS Motor‘s ever popular TVS XL 2 Wheeler which has been cosmetically upgraded to make it look like KTM Duke 200.

The imagination of TVS XL getting the KTM Duke 200 Avatar sounds pretty hilarious and interesting. Kudos to those who were behind this excellent projection of their imagination. It has been reported that someone from Tamil Nadu, India was the brainchild behind this concept. This is what happens when an affordable TVS XL is married to an expensive KTM Duke 200, you can call it as “TVS Duke Hybrid”.

Let us talk more on this modified TVS XL now. The body of TVS XL is completely wrapped with KTM Duke 200 stickers including those with captions like “Ready to Race” which is at the footboard of the bike. When you look at the bike. there also seems to be a confusion between the Duke 200 and the RC200 models as the another sticker in the footboard reads “Race Competition” which is actually used in the RC series of KTM motorcycles.

The image is now making rounds across social media through WhatsApp, Facebook and other sites. All credits goes to that imagination. There is also a meme which is created based on this.

Let us know your opinion by commenting below! Do share with your friends if you like it! 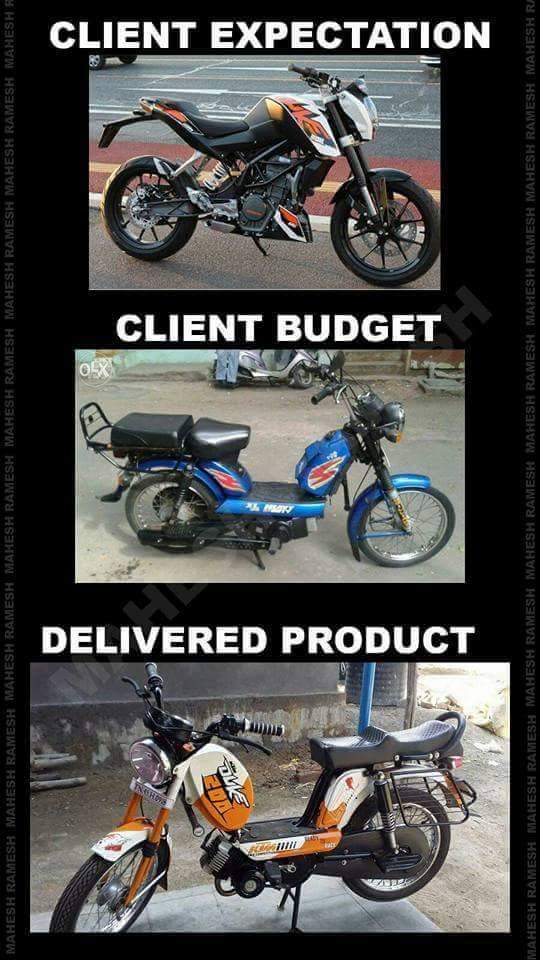