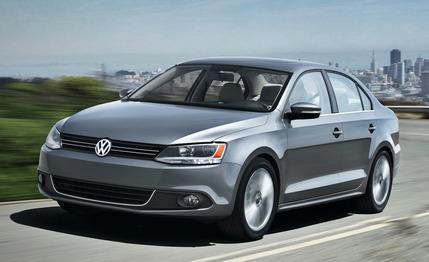 According to July 2015 sales report, Volkswagen India has shown a growth of 18%. Volkswagen which is an European firm sold 4,029 cars in the month of July in 2015 as compared to 3,409 car units in the same month of 2014 which corresponds to overall year-on-year growth of 18%.

The 18% increase in sales can be attributed to growing trust which Volkswagen has built in India as a brand. The major contributor of this sales jump can be attributed to the latest successful launch of New Volkswagen Vento, which has significantly raised the bar by offering the best-in-class safety, build quality as well as the driving dynamics.

The Volkswagen Polo is the only hatchback in its segment that comes with a 4-star NCAP safety rating for adult occupants which also continues to contribute to Volkswagen’s increase in sales.

Mr. Michael Mayer who is the Director of Volkswagen Passenger Cars said in a press statement,

With the advent of the third quarter, and the encouraging customer response for the recently launched New Vento, we are happy to announce that our sales have gone up by 18% in July 2015, on a year-on-year basis. Also, with a slew of exciting made-for-India products lined for the next two years and backed by an impressive sales performance for the sixth consecutive month, we are confident of further strengthening our position in the Indian market over the coming months.

Volkswagen is a leading carmaker in Europe and has presence in more than 150 countries worldwide. Volkswagen currently offers Volkswagen Polo, Volkswagen Vento and Volkswagen Jetta in India.

Mahindra and Mahindra to launch more products in next Half