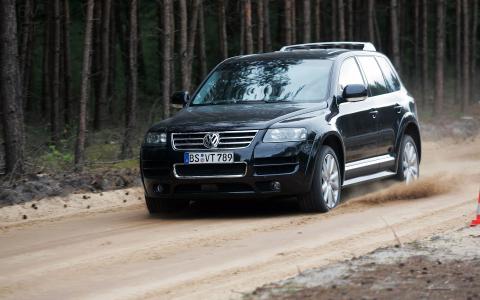 With tough competition being faced from the German companies like Audi, BMW and Mercedes-Benz, Volkswagen has discontinued its Touareg from Indian market. This discontinuation has been the third discontinuation after Phaeton and Passat from the same brand.

This luxury SUV, which is a competition to Porsche Cayenne and Audi Q7, is equipped with a 3L V6 diesel engine, which is also contained in Audi Q5, Q7 and A6. This engine has a capability to generate a large 243 PS power along with 550 Nm torque, which is much more than sufficient in this segment. This high specification SUV also houses an 8-speed automatic transmission system for extra comfort and power.

Despite of these high specifications, Volkswagen was unable to sell much units of this variant because of the high competition it has been facing from BMW X3, Mercedes-Benz ML-Class and Audi Q5. The large amount that one has to spend on the spare parts of this SUV also marked a negative point on its sale value.

Volkswagen has completed all the formalities in removing this vehicle from Indian market and has removed the name from the Indian website of the company too. With the discontinuation of Volkswagen Touareg, the D-segment Jetta has become the most expensive car that the company has to offer in the Indian market.